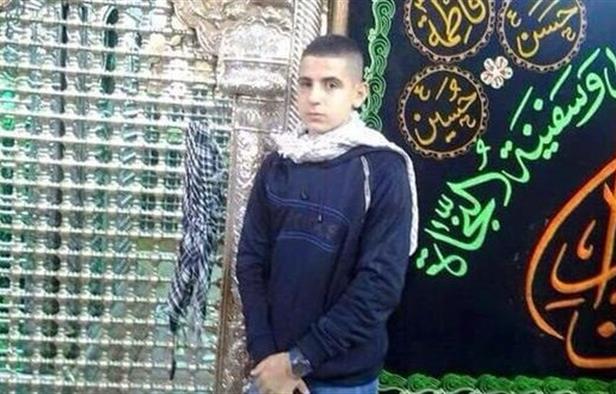 Mashhur Fahd Shamseddine was reportedly only 15-years old.
Share:
Hezbollah mourned the death of a 15-year old child soldier who was killed while “on jihadist duty” in Syria.

The party made no mention of the deceased fighter’s age, however Syrian opposition outlets as well as a number of leading Arabic-language newspapers reported that he was only 15-years old.

The nature of Shamseddine’s death remains mysterious, with Hezbollah saying cryptically that he was killed “in a saddening accident while performing his jihadist duty.”

The sources told the paper that the minor had been on a military mission in the Qalamoun but did not specify what the mission was.

Other sources told the London-based daily that it may have been a training mission rather than a combat mission, in view of Shamseddine’s young age, or that the youth could have been carrying out guarding duties.

Meanwhile, pro-Syrian opposition news outlet Aksalser cited activists as saying that Shamseddine had been killed alongside a fellow fighter when rebels attacked their position near the Qalamoun town of Flita along Lebanon’s border.

The child soldier’s funeral was met with great fanfare by Hezbollah in his hometown of Majdal Sullam in south Lebanon’s Marjayoun district and in southern Beirut’s Dahiyeh area where his family currently resides.

The pro-Hezbollah website southlebanon.org on Monday published a statement announcing Mashhur’s death accompanied by a picture of him bearing the phrase “Labayka ya Zeinab” (for you oh Zeinab).

“With all pride the Islamic resistance and the village of Majdal Sullam announce the departure of another of its heroic martyr knights: the mujahid martyr Mashhur Shamseddine, who rose [to heaven] while carrying out his sacred jihadist duty,” the statement said.

Hezbollah’s Al-Manar reported that “after the martyr’s family accepted condolences and blessings over his martyrdom and prayers were said over the pure body, the solemn funeral procession set off towards the Zeinab Hawraa plot in [south Beirut’s] Ghobeiri.”

“To the rhythm of slogans honoring Hussein and cries [of dedication to Shiite religious figures] the pure coffin passed through the streets of Ghobeiri carried on the shoulders of [the young man’s] companions, until it reached al-Jabbana, where he was laid to rest.”

Hezbollah sources told An-Nahar that a memorial week would be held for the teenager in Dahiyeh, while Al-Manar said that his funeral procession was attended by two of the party’s politicians, Industry Minister Hussein Hajj Hassan and MP Bilal Farhat.