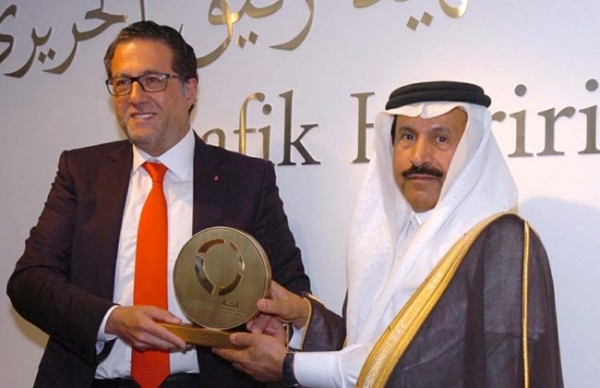 Saudi Arabia’s ambassador to Lebanon Ali Awad Asiri vowed that the kingdom will continue to support the country by all means despite the campaign against the royal family by some Lebanese parties.

“I realize that Lebanese businessmen agonize every time a party volunteers to sow discord between Lebanon and Saudi Arabia and Arab Gulf states. They [businessmen] are also aware of the facilities the kingdom has offered to the Lebanese,” The saudi envoy said.

The remarks came during a ceremony held at Beirut Chamber of Commerce to honor the Saudi ambassador to Lebanon.

Asiri was alluding to the verbal and media campaign by the Iran- backed Hezbollah militant group against Saudi Arabia over its airstrikes on Yemen to dislodge the The Iran-backed Shiite rebels who are attacking Aden.

Many Lebanese political quarters and business leaders warned that the campaign against Saudi Arabia and other Gulf states could endanger the livelihoods of the Lebanese expats working in the GCC.

“I want to address the minds and hearts of all officials and citizens that the opportunities are still available to support the Lebanese economy. The new rules and regulations in Saudi Arabia will enable all foreigners to invest in the kingdom and this invitation is also for Lebanese investors,” the ambassador said.

Asiri also emphasized the importance of political and security stability to lure investments in Lebanon.

“Stability brings tourists as well as Arab and foreign investors while bickering and tension will have reverse results. Which one should we choose for the sake of Lebanon?” he asked.

All speakers at the ceremony reminded all participants of the assistance Saudi Arabia has given to Lebanon in the past few years. “How can’t we be faithful to a country which embraces the biggest number of Lebanese expatriates in the Arab world?” Beirut Chambers of Commerce President Mohammed Choucair asked.

Following a meeting with a delegation from the Lebanese Business and Investment Council in Saudi Arabia Geagea stressed that that efforts are ongoing to reduce any harm targeting Lebanese expatriates in any country.

In 2009, dozens of Lebanese Shiites who had lived in the UAE for years were also expelled on suspicion of links with Hezbollah

In 2013, Qatar deported 18 Lebanese nationals after the Gulf Cooperation Council decided to impose sanctions against Hezbollah for its military intervention in war-torn Syria to support President Bashar Assad.