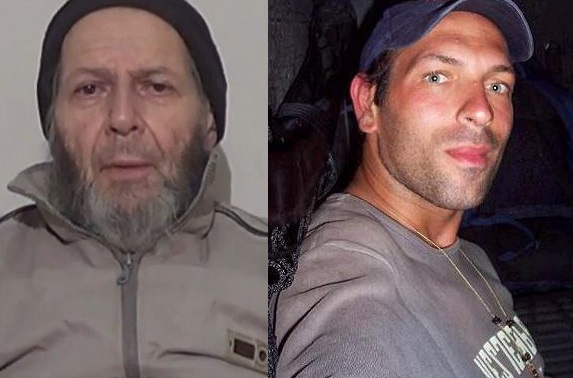 A U.S. drone strike in January targeting an al Qaeda compound in Pakistan near the Afghan border inadvertently killed an American and an Italian who had been held hostage for years by the group, U.S. officials said on Thursday.

President Barack Obama apologized and took “full responsibility” for all counterterrorism operations, including this one.

The deaths were a setback for the long-running U.S. drone strike program that has targeted Islamist militants in Pakistan, Afghanistan and elsewhere, and has often drawn criticism in those countries and from civil liberties groups in the United States.

Killed in the January drone strike were aid workers Warren Weinstein, an American held by al Qaeda since 2011, and Giovanni Lo Porto, an Italian who went missing in Pakistan in 2012, as well as Ahmed Farouq, an American who was an al Qaeda leader, U.S. officials said.

Adam Gadahn, an American al Qaeda member who was charged with treason in the United States, was also killed in a separate strike on another al Qaeda camp five days later, the officials said.

Obama said he had ordered a full review of the matter to ensure such mistakes are not repeated.

“I profoundly regret what happened. On behalf of the United States government, I offer our deepest apologies to the families,” Obama told reporters at the White House.

Republican House of Representatives Speaker John Boehner and other lawmakers called such a review appropriate but steered clear of criticizing the drone program. Senator Lindsey Graham of South Carolina, a Republican who is often a fierce critic of the Democratic president, said Gadahn and Farouq “got what they deserved.”

U.S. officials said the drone strikes occurred inside Pakistan in the conflict-torn border region near Afghanistan. One official said the CIA had observed the compounds over some time but had no idea hostages were present.

Use of unmanned drones, which enable the United States to carry out counterterrorism operations without putting U.S. personnel directly in harm’s way, has prompted criticism because of the deaths of civilians and because on occasion they have involved killing Americans abroad without judicial process.

The American Civil Liberties Union said the government should better follow its own standards before launching drone strikes. “In each of the operations acknowledged today, the U.S. quite literally didn’t know who it was killing,” said Jameel Jaffer, the ACLU’s deputy legal director.

Lo Porto’s mother told reporters in Palermo, Sicily: “I don’t want to talk, leave me alone in my grief.”

Italian Prime Minister Matteo Renzi, speaking in Brussels, said, “I have much appreciated the transparency of the United States in taking their responsibilities for what happened and the way Obama communicated what happened.”

Weinstein’s wife, Elaine, said her family was devastated by his death. She criticized the U.S. government for “inconsistent and disappointing” assistance during her husband’s years in captivity. Obama said he spoke with her on Wednesday.

Like some other American families whose relatives have been killed over the past year after being held hostage by militants in the Middle East, Elaine Weinstein called for a better U.S. government policy for relaying information to hostages’ families.

“We hope that my husband’s death and the others who have faced similar tragedies in recent months will finally prompt the U.S. Government to take its responsibilities seriously and establish a coordinated and consistent approach to supporting hostages and their families,” she said in a statement.

U.S. congressman John Delaney of Maryland, who has helped the Weinstein family, and other lawmakers said the United States needs to do a better job handling American hostage cases.

Weinstein, 73, was abducted in Lahore, Pakistan, while working as a contractor for the U.S. Agency for International Development. Al Qaeda had asked to trade him for members of the group held by the United States.

Weinstein, who lived in Rockville, Maryland, was seen in videos released in May 2012 and December 2013 asking for Obama to intervene on his behalf and saying he was suffering from heart problems and asthma.

On Thursday, yellow ribbons were tied on many trees in his Rockville neighborhood near Washington, D.C. Outside his home, there were vases and bouquets of flowers and clippings of cherry blossoms.

Italian media said Lo Porto, who was from Palermo, was kidnapped three days after arriving in Pakistan to work for a German organization building houses for victims of a 2010 flood. Another man was kidnapped with him but later freed in October 2014 by German special forces.

The White House said the Weinstein and Lo Porto families would receive compensation from the U.S. government.

An al Qaeda spokesman has said Farouq was the deputy head of al Qaeda in the Indian Subcontinent (AQIS), which tried unsuccessfully last year to hijack a Pakistan warship.

Farouq died in a Jan. 15 drone strike in the Shawwal area of North Waziristan, AQIS said in a video on Twitter on April 12, reported by the SITE monitoring group.

Gadahn was born in Oregon, grew up in California, converted to Islam at 17 and became a spokesman and translator for al Qaeda. He was charged by the United States with treason in 2006, becoming the first person to face such U.S. charges since the World War Two era, according to the Justice Department.

The deaths of Weinstein and Lo Porto were the latest involving Western hostages held by Islamist militants. Islamic State has beheaded journalists and aid workers, while an American woman aid worker it held died in unclear circumstances in February. An American and a South African held by an al Qaeda unit in Yemen died in December in a failed rescue bid by U.S. special forces.