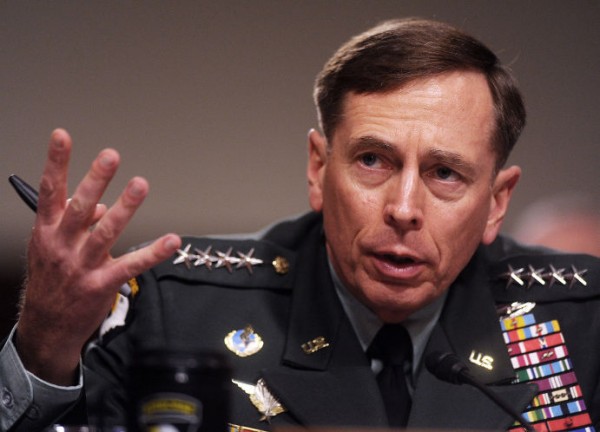 Gen. David Petraeus was once a widely celebrated military leader, a man who oversaw operations in Afghanistan and Iraq and was touted as a potential presidential candidate. On Thursday, he faces criminal sentencing in Charlotte, North Carolina, for removing and retaining classified information as part of his romance with his biographer, Paula Broadwell.

Petraeus, who resigned as director of the Central Intelligence Agency in November 2012 after the relationship became public, is not expected to face jail time as part of a plea deal. Some of his supporters believe that he can recover his reputation — and argue in some ways, he already has.

“I don’t want to wallow in 2012, and luckily neither has he,” said Michael O’Hanlon, a close friend of Petraeus and a scholar at the Brookings Institution.

Armed with a Ph.D, Petraeus rose to military brass and led United States Central Command and later all forces in Afghanistan as the war there petered out. He retired from the military to lead the CIA at the request of President Barack Obama in 2011. But after only about a year, Petraeus delivered Obama a resignation letter, sinking into shame as the news that his one-time chronicler was actually his lover.

Petraeus spent some time maintaining a low profile, but then began to emerge in mid-2013, accepting positions at universities and the private equity giant Kohlberg Kravis Roberts. Most of Petraeus’ friends and family — including his wife, Holly — have been supportive of the four-star general and stood by him, friends of Petraeus said.

“The world has deemed it clear that we recognize that we’re all human,” said O’Hanlon.

John Duffield, a friend of Petraeus from his graduate school years at Princeton University, described the past few years as “painful to watch,” especially given how much promise the general had even beyond his already impressive resume.

“It didn’t seem like he had reached the apogee of his career,” said Duffield, who added Petraeus may yet rehabilitate his reputation. “I don’t know if it’ll be relegated to a footnote, but maybe only one chapter in a lengthy book of accomplishments.”

That rebranding is made easier thanks to a plea deal that allows Petraeus to avoid jail time by paying $40,000 and serving two years on probation. Petraeus pled guilty in March to one federal charge for giving 5-by-8 inch black notebooks containing some classified information to Broadwell, who wrote “All in: The Education of General David Petraeus” in 2012.

Some have characterized the agreement, in which Petraeus only pleads guilty to a misdemeanor, as too lenient.

Abbe Lowell, a lawyer who represents a government leaker currently in jail for sharing information with the media, said in a letter to the Justice Department that the deal showed a “profound double standard.”

“High-level officials (such as General Petraeus, and, earlier, Leon Panetta) leak classified information to forward their own agendas (or to impress their mistresses) with virtual impunity,” wrote Lowell, referencing Petraeus’ predecessor as CIA director.

But Petraeus defenders have called that charge rough on him.

“It’s not like he was giving this to the National Enquirer,” O’Hanlon said, who nevertheless said the behavior “shouldn’t have happened and shouldn’t be excused.”

Now, Petraeus — who continues to advise the current administration — is perhaps positioning himself for a full-throated return to public leadership in the next one.

“The personal shortcomings ultimately, I would hope, will be seen as in the same light as Grant’s whiskey or Eisenhower’s mistress, or whatever else,” said O’Hanlon, referring to the military leaders’ known foibles. “The inevitable human dimensions of people who are still great Americans.”