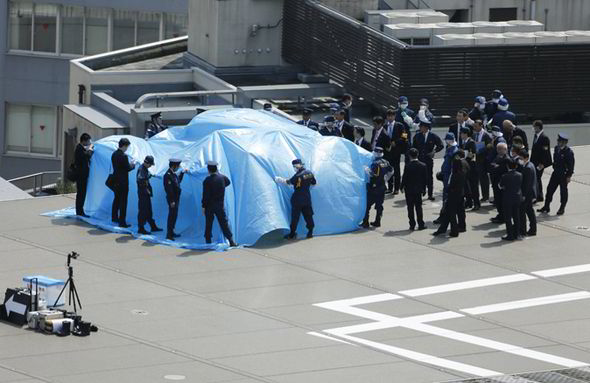 A bizarre and alarming discovery is raising concerns in Japan about the potential for terrorism involving drones.

A drone carrying traces of a radioactive material was found on the rooftop of Japan’s equivalent to the White House on Wednesday, police and government officials said.

The discovery came on the same day a Japanese court approved a government plan to restart two reactors at the Sendai nuclear power plant in Kagoshima prefecture, more than four years after the Fukushima Daiichi nuclear disaster.

Prime Minister Shinzo Abe’s push to restart the reactors is unpopular among many Japanese, who view nuclear energy as too dangerous.

Dozens of police investigators were dispatched to the roof to investigate the origin of the drone, which had four propeller and was 50 centimeters (20 inches) wide.

Police say the drone was equipped with a small camera, smoke flares and a plastic bottle containing small traces of a radioactive material believed to be cesium, a common byproduct of nuclear reactors.

Cesium was also discovered in areas around the failed Fukushima Daiichi nuclear plant after its 2011 meltdown.

Investigators suspect the cesium was placed in the bottle. The amount inside is not immediately harmful to humans.

“There might be terrorism attempts in the future at the Olympics and G7 Summit using drones,” Suga said. “So we need to examine and review continuously the way small unmanned vehicles like drones should be operated and how to cope with the threat of terrorism from drones. The government will do all that we can to prevent terrorism.”

Japanese law restricts drone flights around airports to prevent problems with aircraft, but there are no flight restrictions for most of Tokyo, including the Prime Minister’s residence and local and federal government buildings.

Abe was not in his office at the time. He is in Indonesia, attending the Asian-African Conference.