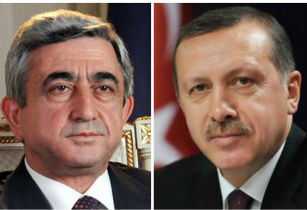 Armenia’s president said on Wednesday he was ready to normalize relations with Turkey, two months after he withdrew peace accords from parliament, blaming a Turkish lack of political will to end 100 years of hostility.

Speaking ahead of Friday’s centenary of the mass killing of Armenians by Ottoman Turks which is at the heart of the countries’ animosity, Serzh Sarksyan said there should be no preconditions in restarting the peace process and would not insist the Turks accept they committed genocide.

Armenia, a country of 3.2 million, signed accords with Turkey in October 2009 to establish diplomatic relations and open their land border, but the agreements stalled in the parliaments of both countries, with each side accusing the other of trying to rewrite the texts and setting new conditions.

The deal could bring huge economic gains for landlocked Armenia, burnish Turkey’s credentials as an EU candidate and boost its clout in the strategic South Caucasus.

Muslim Turkey accepts many Christian Armenians died in partisan fighting during World War One but denies the Armenian assertion that up to 1.5 million were killed and that it amounted to genocide.

Ahead of the centenary, the pope and the European Parliament angered Ankara by calling the killings genocide. On Wednesday, Turkey called a similar declaration by the Austrian parliament outrageous and said no one should “lecture others on history”. 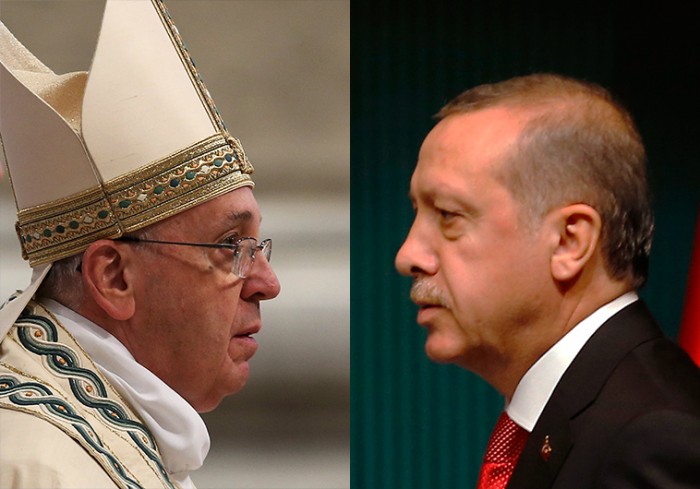 Sarksyan said the reconciliation process could restart “when Turkish leadership is ready to establish normal relations without any preconditions.”

He had withdrawn the accords from parliament, he said, to send a “political message” toTurkey.

“The ratification of the protocols is something that we want, but it takes two to tango and it does not only depend on us,” he said.

Dozens of government delegations, including the presidents of France, Russia, Serbia and Cyprus are expected to take part in the commemorations on Friday.

U.S. President Barack Obama is not expected to use the word “genocide” in a statement to mark the anniversary, something Sarksyan said was just to avoid angering an important ally.

“We, of course, would want Mr. Obama to use the word genocide in his statement,” Sarksyan said.

“It’s not that the United States do not recognize the genocide, they just do not want to use this particular word in order not to insult their ally Turkey.”