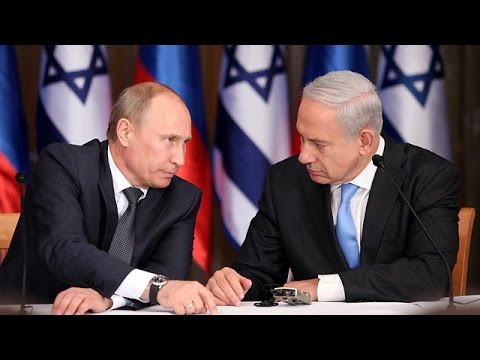 Israel’s prime minister told the Russian leader that Israel would not tolerate leakage of material from Iran to Lebanon.

Following the decision by Russia to deliver S-300 anti-aircraft missile systems to Iran, Prime Minister Benjamin Netanyahu told Russia’s President Vladimir Putin in their telephone conversation last week that Israel’s red line was leakage of Russian military equipment from Iran to Hezbollah via Syria. This was not mentioned in the short press release published by the Prime Minister’s Office after the call, US periodical “Defense News” reports today.

The official Israel announcement said that Netanyahu had expressed grave concern at Russia’s decision to sell the advanced systems to Iran, and had told the Russian leader that the decision “will only encourage Iranian aggression in the region and further undermine the stability of the Middle East.”

Netanyahu further said in a statement that “This sale of advanced weaponry to Iran is the direct result of the dangerous deal on the table between Iran and the P5+1. Can anyone still seriously claim that the deal with Iran will enhance security in the Middle East?”

According to Israeli sources, however, the press release omitted a reminder that the prime minister delivered concerning Israel’s “red line” on transfers of Russian-made equipment to Hezbollah.

Israeli officials told “Defense News” that, besides the fact that the S-300 systems will make it difficult for Israel to strike at Iranian nuclear sites, they will further expand the list of Russian weapons systems that Israel sees as legitimate targets if Teheran attempts to transfer them to Hezbollah. Israel sees the S-300 systems as lending a capability that would upset the existing balance of forces between Israel and Hezbollah.

An Israeli official told “Defense News” that Israel was monitoring active and ongoing leakage of Russian material, including SA-22 short-range and SA-17 medium-range anti-aircraft missiles, from Syria to Hezbollah allies in Lebanon. “We’ve discussed this with our friends in Washington and Europe and made multiple demarches to Moscow over a period of weeks and months. Our red line policy is clear: We view unauthorized third-party transfers of Russian-origin equipment as legitimate targets,” “Defense News” quotes the official as saying.

Several attacks on Syrian territory in the past couple of years that appeared to destroy convoys carrying weaponry to Hezbollah in Lebanon have been attributed to Israel.