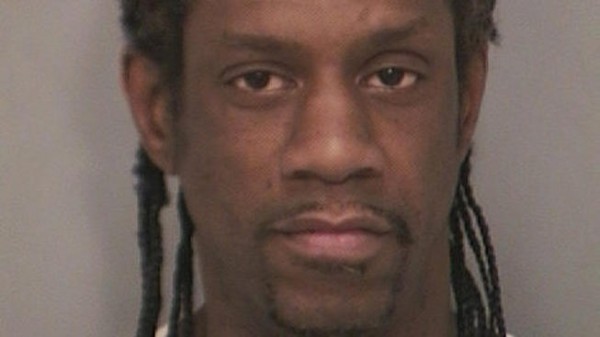 Serge Delaleu, of Roosevelt ( long Island) , is accused of using a red marker to write “derogatory ramblings” on the front door of B’nai Israel Temple in Freeport, according to Nassau County police. He is also accused of posting similar graffiti, including swastikas, at several locations in Baldwin and Roosevelt in April, police said.

Investigators located Delaleu on Friday in Roosevelt and charged him with five counts of third-degree criminal mischief, five counts of making graffiti and two counts of first-degree aggravated harassment.

He was arraigned Saturday in First District Court in Hempstead. It was unclear whether he had retained a lawyer.

Delaleu had been arrested on Monday on several charges of criminal mischief accusing him of using black spray paint to write racist words on the side of a Western Beef store in Roosevelt.