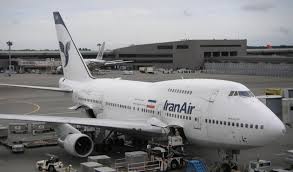 Saudi Arabia’s General Authority for Civil Aviation (GACA) said it blocked an Iranian flight carrying 260 pilgrims from Saudi airspace because it had not got prior clearance, Saudi’s state news agency reported late in Wednesday.

The move follows heightened tension between the two countries as Saudi Arabia continues air strikes against the Iran-allied Houthis in Yemen. Iran’s president called on Thursday for a halt to the military campaign.

SPA said that the procedure was part of international regulations which the Iranian flight did not follow.

“The operator must file a request with the authority prior to flying, specifying the type of aircraft, registration … and other documents in order to ensure the safety of passengers and the airspace,” said the SPA report.

The pilgrims had hoped to arrive in the kingdom on Wednesday afternoon to perform the minor umrah pilgrimage.

Iran, which denies arming the Houthis, has condemned the Saudi-led offensive. Tehran sent two warships to the Gulf of Aden on Wednesday, saying they would protect Iranian shipping.