“It is unfortunate that Lebanon is being used to these ends, such as linking it to regional conflicts,” he lamented.

“Lebanon was not in need of further problems created by Hezbollah”, the latest of which was dragging Tele Liban in the political and media battlefield in the country.

“Remaining silent over this issue is not justified, whether for the sake of dialogue, which we still seek, or for the sake of placing national interests above foreign ones, especially after witnessing officials from the other side of the divide being adept at jeopardizing these interests on a daily basis,” he added.

“It is unfortunate that some of our media have become outlets to the butcher Bashar Assad in harming a state that has only offered goodness to the Lebanese people and whose officials have only spoken well of it since Lebanon’s independence,” Hariri said in reference to Saudi Arabia, while noting its positive role in helping end the 1975-90 Lebanese civil war and 2006 Israeli war.

“History will play witness to what Saudi Arabia presented to Lebanon and none of the poisonous voices will be able to alter or tarnish this truth,” Hariri stressed.

“Saudi Arabia’s actions in the region stem from its belief in protecting the Arab identity and the rights of its people to security, stability, and development, as opposed to other countries, like Iran that seek to destroy this stability and turn Arab capitals into open grounds for sectarian and armed chaos,” declared the lawmaker.

“Ever since Iran sought to export its revolution to Lebanon, it has presented the Lebanese with division and fuel to stoke civil strife,” he noted. 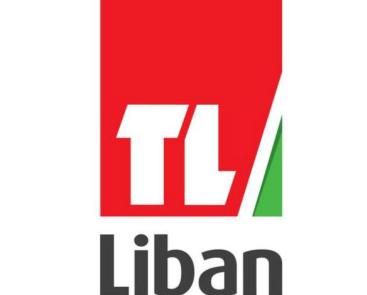 “It transformed Hezbollah into an armed militia and military force led by the Iranian Revolutionary Guards and operating independently from the state, its laws and legitimate institutions,” he added.

“It has become apparent to observers that Iran does not pay heed to Arab countries and their official institutions as much as it is interested in infiltrating societies and manipulating sectarian tensions,” Hariri stated.

Iran is working on empowering groups and parties that are under the wing of the Revolutionary Guards or the strategic project of the Iranian agenda in the region, he continued.

“This was evident in Lebanon 35 years ago when Hezbollah came out of the Iranian womb and it is repeating itself in Yemen with the rise of the armed Houthi movement, known as Ansarullah, that grew out of the Revolutionary Guards fold in 2002,” he explained.

“Iran seeks to replicate the Lebanese scenario in Yemen where it has been fashioning the Ansarullah Houthi movement in the shape of Hezbollah in order to transform it into a pawn at the doorstep of Mecca and the Arab Gulf,” he noted.

“Saudi Arabia has sought to combat this plan, even though it took place at the last minute, through political means and calls to hold dialogue, but to no avail,” he said.

“It consequently resorted to military operation Decisive Storm to prevent Yemen from committing the same error as Lebanon did,” Hariri added.

“Lebanon has been dealing with this error on the basis of safeguarding national interests, averting strife, and preventing further Iranian meddling in our daily life,” he explained.

“It is our duty not to remain silent over the ongoing error,” he demanded, while reiterating calls to keep Lebanon at a distance from regional wars.

“It is our duty to also not remain silent over the major and minor voices that are harming Saudi Arabia and its leadership,” he stated.

“Saudi Arabia knows very well that Lebanon will not sell its Arab identity to those who seek to harm it,” he stressed.

“The Lebanese people know that the kingdom will not abandon it no matter how high the harmful voices are raised,” he declared.

Hariri statement was in response to the outrage over he airing by state owned Tele Liban TV cannel of an interview with Hezbollah chief Hassan Nasrallah on Monday during which he renewed his harsh criticism of Saudi Arabia and its role in the region, most notably in Yemen and Syria.

Nasrallah declared in the interview that Saudi Arabia will suffer a “major defeat” in the Yemeni conflict, as he stressed that “the war on Syria” has failed.

“Saudi Arabia will suffer a major defeat that will have an impact on its domestic situation and the entire region,” he told Syria’s al-Ikhbariya in an interview that was broadcast by Tele Liban.

The Saudi Arabia -led coalition of about 10 counties launched its airstrikes in Yemen on March 25 to defend Yemeni President Abedrabbo Mansur Hadi’s government, that was overthrown by the Iranian backed Houthi rebels.

The military move was criticized by Iran and its proxy Hezbollah.

Critics of Tele Liban, Lebanon’s official state television, said it had violated its objective media reporting by broadcasting an interview by Nasrallah from Syrian television. Al Nahar said the issue will be raised Wednesday during the Cabinet session.