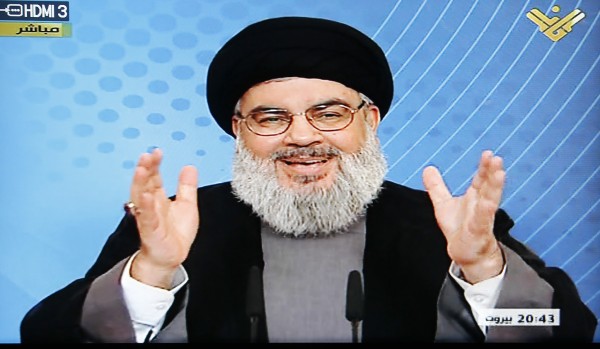 Hezbollah Secretary General Hassan Nasrallah blasted Saudi Arabia on Friday over its intervention in Yemen, saying the Sunni kingdom has abandoned the Palestinians and does not care to oppose Israel.

“All that has happened in our region for years did not require Saudi intervention, so why does the current situation in Yemen require such intervention?” he asked. “You say the new situation in Yemen threatens your national security – do you not sense the threat posed by Israel, which possesses one of the strongest armies in the world? The meaning of this is that to these people Israel is not an enemy or a threat that requires such a ‘storm’.”

He said that ever since Israel was created in 1948 “there has been no decisive storm or even a decisive breeze” to help the Palestinians.

“The Arabs – Saudi Arabia and the Gulf states in particular – have abandoned the Palestinian people and left the field clear for Israel to carry out murder and deportation, and for the United States to search for a diplomatic solution that is an illusion,” he said.

“They have money, so why do the Palestinian people live in poverty?” He said adding ” Iran has answered the Palestinians’ call for help and gave all the financial, military, and diplomatic support.”

Nasrallah also attacked Palestinian President Mahmoud Abbas because the Palestinian Authority expressed support of the Saudi action in Yemen. “Go sit at home,” was the message he sent to Abbas. “How can you support a war against a people when your people are under occupation?”

But the Hezbollah leadership has been accused by its former leader of also abandoning the Palestinian cause.

Former Hezbollah Secretary General claimed in a video posted in 2013 that the Iranian backed militant group is acting as Israel’s border guards. Sheikh Subhi al-Tufayli who was the first Secretary-General of Hezbollah from 1989 until 1991 berated Hezbollah for fighting on behalf of the Syrian government in the Syrian civil war. He said “Hezbollah should not be defending the criminal regime that kills its own people and that has never fired a shot in defense of the Palestinians”. al-Tufayli added: “those Hezbollah fighters who are killing children and terrorizing people and destroying houses in Syria will go to hell”.

Hezbollah, like Yemen’s Houthi rebels, is supported by Iran, which Saudi Arabia views as its main regional rival. Iran has openly armed and assisted Hezbollah since its creation, but both Iran and the Houthis deny it has sent arms to the Yemeni rebels.