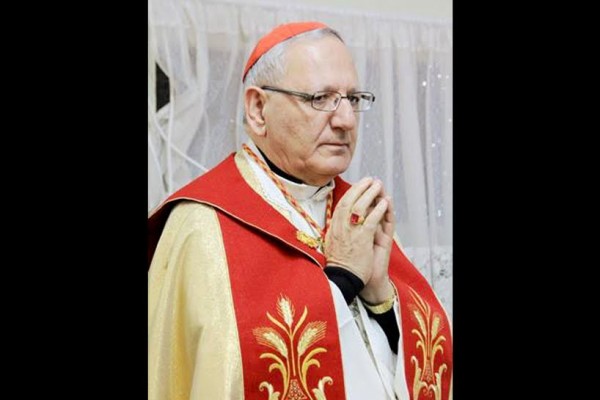 The leader of Iraq’s Chaldean Catholics is at the United Nations in New York today to speak about the challenges faced by the Christian community in areas controlled by the Islamic State group.

For the first time, the UN Security Council is devoting a debate to the persecution of minorities under attack by jihadists, according to ANSAMed, a service of the Italian news agency ANSA. French foreign minister Laurent Fabius will be chairing the debate, which will include Chaldean Patriarch of Baghdad Louis Raphael I Sako, UN Secretary General Ban Ki-Moon, and, by video-conference from Geneva, High Commissioner for Human Rights Zeid Ra’ad Zeid Al-Hussein. Also participating will be Vian Dakhil, the Iraqi parliamentarian of the Yezidi minority who in August drew the world’s attention to the horrors of an attack suffered by her community by the Islamic State.

ANSA noted that France holds the alternating presidency of the security council, and chose to focus on the issue after reports of widespread and systematic human rights violations by ISIS. Those are now well known and include the expulsion of Christians from their ancestral homes, the attack on the Yezidis, the killings of Kurds, the hostage-taking of hundreds of Assyrian and Chaldean Christians in northeastern Syria and the decapitation of 21 men, including 20 Coptic Christians, in Libya. “The deliberate destruction of religious sanctuaries and archaeological finds as well as illicit trafficking by ISIS to finance terrorism activities also played a part in the reason for the Security Council meeting,” the report said.

Following France’s announcement early this month that a UN Security Council meeting would be held on the issue, a joint declaration was made on March 13 by the Vatican, Russia and Lebanon to the Geneva Human Rights Council, undersigned by 65 UN member states calling on the international community to support all ethnic and religious communities that have their roots in the Middle East. These communities, it continued, are threatened by ISIS, Al-Qaeda and affiliated terrorist groups and Christians are at risk of disappearing from the area entirely. Christian authorities have in recent months spoken out against the lack of response from the international community on violence by ISIS, which even the Pope has called for ”proportional” force to be used against.