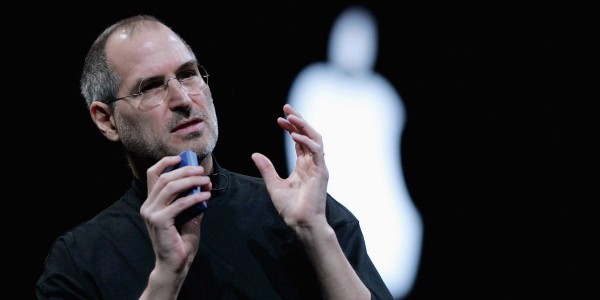 Filmmaker Alex Gibney’s upcoming Steve Jobs documentary is reportedly “a blistering takedown” that is “deeply unflattering” of the late Apple CEO. So it’s no surprise that Apple wanted no part of it.

“They didn’t give us any help whatsoever,” Gibney told Variety of Apple’s lack of involvement with the film. “When we reached out to them, they were somewhat hostile. They are brutal. People love their products, but they can be a ruthless company.”

According to Gibney, Apple PR declined participation from the get-go, telling him, “We don’t have the resources to help you on this project.”

In “Steve Jobs: Man in the Machine,” Gibney (“Going Clear,” “Taxi to the Dark Side,” “Enron: The Smartest Guys in the Room”) takes a critical look at the personal and private life of Steve Jobs, tackling topics like his repeated denial of being the father of his daughter Lisa and the harsh way in which he treated many Apple employees.

Former Apple engineer Bob Belleville, who had a love-hate relationship with Jobs, breaks down in the film as he reads a note he wrote after Jobs’ death. Altogether, Gibney interviewed roughly 50 people who knew Jobs.

But many former and current Apple employees weren’t as eager to be associated with the film.

After the doc’s premiere last weekend at South by Southwest, several Apple employees in the audience reportedly walked out of the screening early.

“Very disappointed in SJ:Man in the Machine. An inaccurate and mean-spirited view of my friend. It’s not a reflection of the Steve I knew.”

The film was also made without the participation of Jobs’ widow, Laurene Powell. In a Q&A after the SXSW screening, Gibney said she was interested early on in engaging with the project but later declined.

Gibney’s film is the first to be deeply critical of Jobs, who was also portrayed by Ashton Kutcher in “Jobs” in 2013 and by Michael Fassbender in the coming biopic “Steve Jobs,” which is based on Walter Isaacson’s biography.

Gibney was not a fan of past films about Jobs, telling Variety: “After the Walter Isaacson book and so many other films, I didn’t really want to do a paint-by-the-numbers bio. I do think that Ashton Kutcher looks like a young Steve Jobs, but beyond that, I found it silly… it wasn’t interesting to me.”

But Gibney’s take is sure to be interesting.

“Behind the scenes, Jobs could be ruthless, deceitful, and cruel,” the filmmaker says via voiceover early in the documentary. And apparently the sentiment doesn’t stop there.

After the film’s premiere at South by Southwest last Saturday, The Daily Beast called it “a blistering takedown” and “an all-out character assassination,” while Variety wrote the film was a “coolly absorbing, deeply unflattering portrait” of Jobs.

Just one day after the premiere, Magnolia Pictures acquired the North American theatrical, video-on-demand, and home-entertainment rights to the documentary.

Gibney spent nearly three years on”Steve Jobs: Man in the Machine,” which was financed by CNN Films. By the end of his experience, Gibney says he was disillusioned.

“When I went into it, I thought that Jobs was an inventor,” Gibney tells Variety. “And I don’t really think he was an inventor now. I think he knew how to push people and he was a storyteller, and he became a storyteller for the computer age. But not all the stories that he told were true.”

Gibney says working on the doc even affected his feelings about his once beloved iPhone: “I would say I’m no longer madly in love with my iPhone. It’s no longer blind faith.”

While Gibney’s Jobs film doesn’t yet have a release date, “Going Clear,” his explosive documentary on Scientology, premieres next weekend on HBO.