North Korea says can fire nuclear missile at ‘any time 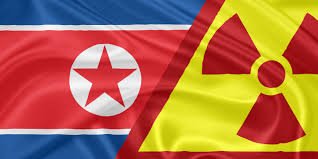 North Korea has the ability to fire a nuclear weapon and would use a nuclear missile in retaliation if it is attacked, the country’s ambassador to Britain told Sky News on Friday.

“It is not the United States that has a monopoly on nuclear weapons strikes,” Ambassador Hyun Hak-bong told Sky at the isolated Asian country’s London embassy.

Asked if that meant North Korea, which quit the nuclear Non-Proliferation Treaty in 1993, had the capability to fire a nuclear missile now, he replied: “Any time, any time, yes.”

In a speech on March 3, North Korean Foreign Minister Ri Su Yong said his country had the power to deter an “ever-increasing nuclear threat” by the United States with a pre-emptive strike if necessary.

He also denounced military exercises staged by South Korea and the United States as provocative.

The United States has said it is seriously concerned about North Korea’s nuclear work, which it says breaches international agreements.

North Korea has conducted three nuclear detonations, the most recent in February 2013, and the commander of U.S. forces in South Korea said in October he believed Pyongyang had the capability to build a nuclear warhead that can be mounted on a ballistic missile, although there had been no tests or other evidence to show it had taken that step.

A spokesperson for the U.S. State Department declined to comment “on intelligence matters” when asked if North Korea was able to fire a nuclear missile, but said the United States remained “fully prepared to deter, defend against, and respond to the threat posed by North Korea”.

On Wednesday, the U.S. Missile Defense Agency said it was carrying out increasingly realistic tests of missile defenses, citing the growing missile threats from North Korea and Iran.

Syring told the defense subcommittee for the U.S. Senate Appropriations Committee that both North Korea and Iran could achieve the ability to launch an intercontinental ballistic missile as early as this year.