Amid shouts of ‘Death to America’, Khamenei rejects U.S. ‘bullying’ in nuclear talks 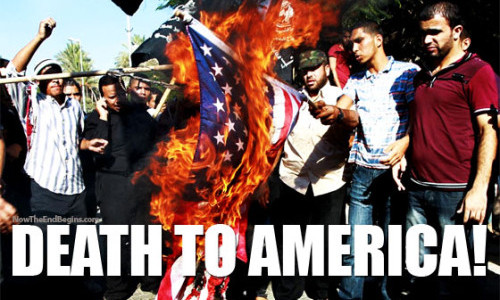 Amid shouts of ‘Death to America’, Khamenei, who has the last word on all matters of state, reiterated in a speech in northeastern Iran that Tehran would not be pressured into giving in to Western demands in the negotiations with major powers.

But the 75-year-old cleric also voiced support for the government of President Hassan Rouhani, which is conducting the negotiations, and urged any Iranians critical of its performance not to use insults, an apparent indication that the Supreme Leader continues to place confidence in Rouhani’s team.

Iran, which rejects suspicions it wants to build a nuclear weapon, is negotiating with six world powers in search of a framework deal by the end of March and a final agreement by June 30.

Tehran wants a lifting of international sanctions, while the six powers are pressing for curbs on Iran’s most sensitive nuclear activities for at least 10 years. U.S. Secretary of State said on Saturday that talks with Iran had made genuine progress and the time had come to make hard decisions.

Khamenei denounced the sanctions and “arrogant” Western powers, blaming them and regional players for the halving of oil prices since last June, which has further squeezed Iran’s economy.

A man in the audience shouted “Death to America”, a cry taken up by the crowd.

Khamenei continued: “Of course yes, death to America, because America is the original source of this pressure. They insist on putting pressure on our dear people’s economy. What is their goal? Their goal is to put the people against the system.”

Khamenei challenged a message to Iranians by President Barack Obama on Thursday in which the U.S. leader said the nuclear talks represented the best opportunity in decades to pursue a different relationship between the two countries.

He dismissed Obama’s assertion that there were people in Iran who stood against a diplomatic solution to the nuclear issue.

“This is a lie. There is no one in Iran who doesn’t want the nuclear issue to be resolved, and resolved through negotiations. What the Iranian people don’t want is imposition and bullying from America,” he said.

“The other side says ‘Let’s come and negotiate and you accept every detail of what we say.’ … Neither our leaders nor our negotiating team nor the people of Iran, who are behind them, will accept this.”

Khamenei added Iran was negotiating solely on the nuclear dispute and not about regional matters, an apparent reference to conflicts and instability in Iraq, Syria and the Gulf.

“The goals of America on regional issues are the complete opposite of our goals. We want peace and security in the region … The politics of America is to create insecurity,” he said.