Syria shoots down an American drone near Latakia, SANA | Pictures| 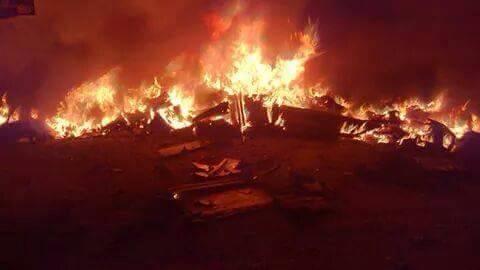 Syria claimed Tuesday evening that it shot down a “hostile American reconnaissance” plane north of Latakia, SANA reported and gave no other details about the incident.
Latakia is the stronghold of the Alawite community of Syrian president Bashar Al Assad

Meanwhile observers of the conflict said the wreckage, based on photographs circulating on social media, could be that of a drone.

This is a developing story , more could follow
More pics