Blair to quit his envoy position at Middle East Quartet 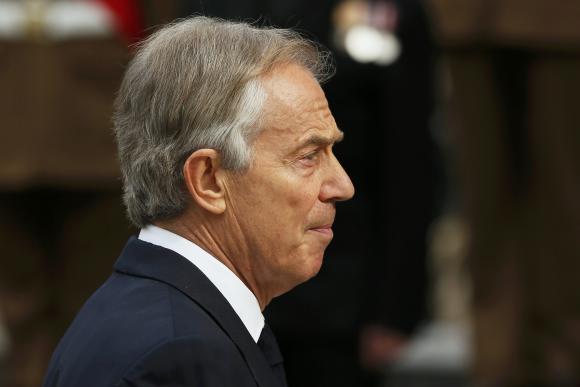 Tony Blair is relinquishing his post as the envoy for the Middle East Quartet to take a different role in the peace negotiations, the Financial Times reported on Sunday, citing people it said were familiar with the matter.

Blair, at the helm of the Quartet for nearly eight years, intends to reshape his role in the Quartet and remain part of the peace process, the report said.

The former prime minister of the UK met U.S. Secretary of State John Kerry and spoke to Federica Mogherini, the European Union’s foreign affairs chief, to discuss a possible job change, the paper said. A clarification on Blair’s role is expected to come later this week.

A source close to Blair told Reuters that discussions about his role are ongoing. His role is likely to be more regional and he will continue to work on the Palestinian economy, the source added.

The Middle East Quartet, comprising the United States, the United Nations, the European Union and Russia, has been seeking to mediate in the Israeli-Palestinian conflict since 2002.

Earlier in March, officials close to Blair denied there was talk of him stepping down.
The offices of Kerry and Mogherini did not immediately respond to Reuters’ request for comment.