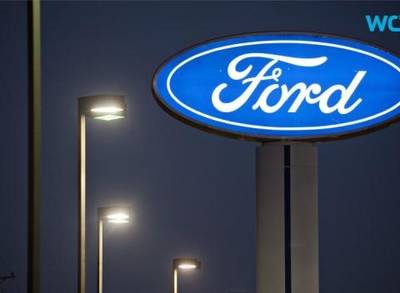 Russia’s auto market is in freefall. As financial turmoil in the country makes cars more expensive by the day, demand for many brands has almost evaporated.

Sales fell 38 percent in the year to February, with mid-market brands like Ford plummeting 78 percent, eating into earnings and threatening production. Only luxury cars are still holding up as richer Russians count on them as status symbols — even if that means cutting back on other aspects of life.

“Russians can allow themselves to rent a room in a shared flat on the fifth floor of a Khrushchev-era apartment building, live very poorly, but still drive an Audi,” said Tatiana Lukavetskaya, the CEO of Rolf, a major car dealer in Moscow and St. Petersburg.

While sales for Chevrolet were down 74 percent in February and General Motors’ Opel saw a 86 percent nose-dive, Mercedes, Lexus and BMW have all seen a rise. Audi fell, but by less than the market as a whole.

Oksana Isaeva, sales manager for a jewelry firm, is in the market for her third Audi in a row. She’s feeling the financial pinch, but would rather buy a smaller Audi — a Q3 rather than a Q5 — than go for a lower-class brand of car.

“It’s happened because of the economic situation in the country. It’s a drop in the class of car, unfortunately,” she said.

For Russian car buyers, the financial pain is twofold. Prices have risen as the plunging value of the ruble has made imports more expensive – even cars made in Russia use many imported parts. Meanwhile, banks are unwilling to lend to prospective car buyers at anything but punitive rates.

“Even if the bank gives its approval to the loan, the rate starts somewhere around 20 percent,” says Andrei Toptun, chief analyst at specialist research firm Autostat.

Russia’s car sales statistics, already poor, are being propped up artificially, he claims.

The weak value of the ruble means businessmen from neighboring ex-Soviet states now buy cars in Russia for use in Belarus or Central Asia, Toptun says. “Consumers come to Russia from Kazakhstan, buy a car and send it back home to Kazakhstan,” says Toptun. With those exports taken out of the equation, he estimates that Russia’s auto sales fell more by more than half in February.

Many of the most popular U.S. and European brands rushed to open factories in Russia over the last 15 years, with local plants offering a way to avoid onerous Russian import duties and exploit a then-growing market.

The operations are not a big part of the companies’ sales — only 2 percent of GM’s annual 9.9 million sales last year, or 1 percent of Ford’s 6.3 million. But the trouble downgrades a potentially lucrative market they had been hoping to develop. Now those firms are left sitting on overcapacity and, in some cases, potentially damaging labor disputes.

At Ford’s flagship Russian factory in St. Petersburg, the crashing market is threatening jobs and straining labor relations, according to local union boss Igor Temchenko, who told The Associated Press workers will strike Monday for an indefinite period. That is a rare occurrence in Russia, where many unions are poorly organized or pressured by politicians not to rock the boat.

Ford has opted to limit its pain by cutting production and raising prices. Its sales were down 78 percent in February, according to figures from the Moscow-based Association of European Businesses. That is the opposite path to that taken by South Korean sister brands Hyundai and Kia, who have limited price rises and eaten up market share. Together, they now sell more cars in Russia than even Soviet-era giant Lada, the traditional No. 1.

Ford’s strategy has been to switch the St. Petersburg plant to a part-time working week, which has worried labor leaders like Temchenko. The main demand for next week’s strike is a guarantee that any workers who are laid off will receive compensation.

The company is calm about the prospect of a strike after earlier rumors of one failed to materialize, Liza Novikova, vice-president of the Ford Sollers U.S.-Russian joint venture which runs Ford’s operations in Russia, said in an e-mail. She added that, although no layoffs are planned for the St. Petersburg factory, the company is keen to cut expenditure.

The joint venture plans to “scrutinize every part of the business to reduce costs and to try to limit the financial impact the current economic situation is having,” she said.