A look at Syrian refugees in neighboring countries 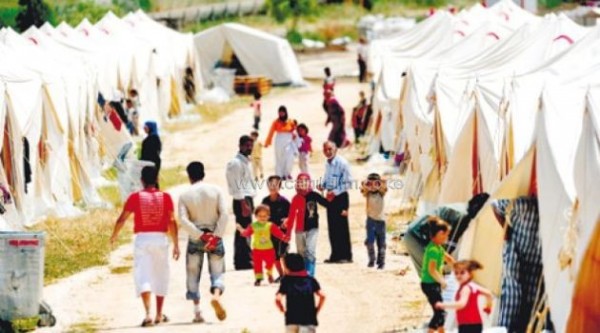 Beirut, Lebanon – The Syrian conflict, which began with peaceful protests before escalating into a grinding civil war, has touched off a humanitarian catastrophe that has inundated the region.

More than 3.9 million Syrians have fled their country in the four years since the uprising against President Bashar Assad began. Most have traveled to neighboring countries, straining the resources of those nations. There are also hundreds of thousands of unregistered refugees. Syria had a prewar population of 23 million.

A look at Syrian refugees in neighboring countries Last update by UNHCR (3,912,206):

Lebanon is home to nearly 1.2 million registered refugees, with many more not on the books scattered around the country in informal tent settlements and old construction sites. Lebanon, whose population is about 4.5 million, has the highest per capita concentration of refugees worldwide, according to the United Nations. Fearing for its own internal stability, Lebanon recently began imposing restrictions on Syrians trying to enter.

Jordan has nearly 625,000 registered refugees. Many are in encampments near the northern border with Syria but a large number are in urban areas. The largest of the encampments is Zaatari camp, where some 84,000 refugees live under the direct care of the U.N. and the Jordanian government. Another camp that was opened last year, Azraq, was built to host 130,000 people and currently holds around 14,000.

Turkey has more than 1.6 million registered refugees. Ankara has been funding and managing the refugees, who are sheltered in around 21 camps complete with schools, medical centers and other social facilities.

Iraq has nearly 245,000 registered refugees, the majority of them ethnic Kurds from Syria who found shelter in the largely autonomous Kurdish region in the north. Tens of thousands live in a camp of tents and cinderblock shacks near the border, while the rest have found jobs and homes in nearby towns. The regional Kurdish government allows them to move around freely.

Egypt is home to more than 136,000 registered refugees, although officials estimate there are hundreds of thousands who are not registered.