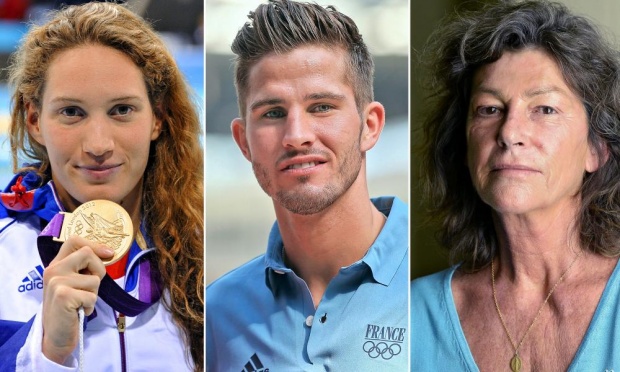 Authorities said it was still unclear what caused the accident in the rugged western province of La Rioja near the Andes mountains.

French media citing Argentinian sources said the helicopters were flying through clear skies at an altitude of about 100 metres when they hit each other around 8 p.m. local time (2300 GMT).

“The sudden death of our fellow French nationals is a cause of immense sadness,” French President Francois Hollande’s office said in a statement.

Two pilots and several members of the ALP TV production company involved in filming the adventure show “Dropped” for private TV station TF1 were among the dead, officials said.

As part of the show other contestants were standing blindfolded on the ground a few hundred metres from the helicopters’ flight path, French media reported. They ran to the crash site but could not extinguish the fire, a contestant’s assistant told French broadcaster RFI.

“The whole of French sport is in mourning because we have lost three huge champions,” Thierry Braillard, junior minister for sports, town and youth affairs, told RTL radio.

“Florence Arthaud – we all knew her as the ‘Fiancee of the Atlantic’,” he said, referring to a nickname she earned through her many daring voyages including a 1990 record for the fastest solitary crossing of that body of water.

TF1 issued a statement expressing solidarity for the victims’ families. French media said filming had been suspended and the crew and other contestants were heading back to France.

“We have no details on the exact circumstances at the moment,” TF1 chief executive Nonce Paolini said. “All I can say at the moment is that we are in a state of complete shock.”

“Dropped” involves contestants being left in the wilderness and using their skills to find their way back to civilisation.

The collision was the second time in two years that a reality show produced by ALP for TF1 had been hit by tragedy.

In April 2013 the doctor charged with looking after the contestants in the long-running Koh-Lanta endurance show committed suicide after one of the competitors died following one of the tests, complaining of heart pains.

Arthaud, 57, was one of the first women to carve a place for herself in the top levels of sailing.

She had a brush with death in 2011 when she fell off her boat into the Mediterranean. Rescuers whisked her out after she called her mother by mobile phone.

“I am sad for my friends, I’m shaking, I’m horrified, I can’t find the words,” Sylvain Wiltord, an ex-footballer for English Premier League club Arsenal and fellow cast member tweeted.

“There were no survivors, according to the information we have,” Angulo said.

Argentina’s official news agency Telam said one of the helicopters belonged to the provincial government and the other to organisers of a survival competition that had been held for three years near the village of Villa Castelli.