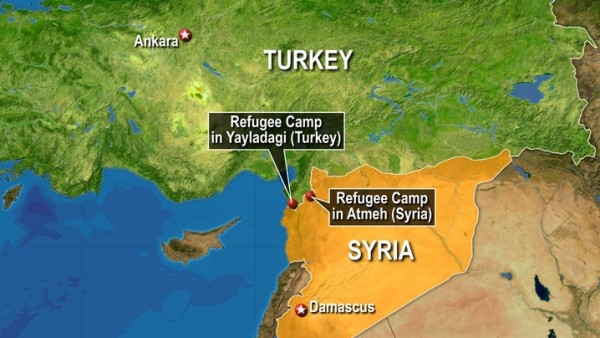 An air strike in northwestern Syria hit a camp used by the al Qaeda-linked Nusra Front on Sunday, killing at least nine of its fighters, a monitoring group said, in the second big attack on the group there in four days.

The Syrian Observatory for Human Rights said four of the dead were foreign fighters. The air strike hit close to Atimah at the Syrian border with Turkey in Idlib province.

Last week, the Nusra Front’s top military commander and several other leaders were killed in an air strike in Idlib. The Syrian army said it carried out the attack.

The leader of a mainstream rebel group said the latest air strike appeared to have been carried out by the U.S.-led alliance that has been attacking Islamic State in Syria, citing the precision of the strike and the strength of the explosion.

A witness said the air strike occurred around 4 p.m. (1000 DST), adding that the aircraft did not appear to be of a type flown by the Syrian military.

The Nusra Front is listed as a terrorist organization by the United States and has been sanctioned by the U.N. Security Council.

The U.S.-led alliance has mostly focused its attacks on Islamic State group, though the United States has also occasionally targeted Nusra Front figures during the air campaign that got underway last September.

The Nusra Front is the second most powerful insurgent group in Syria after Islamic State.

Sources in the group have said it was considering severing its ties to al Qaeda, a move that could result in more support from Gulf Arab states hostile to both President Bashar al-Assad and Islamic State.