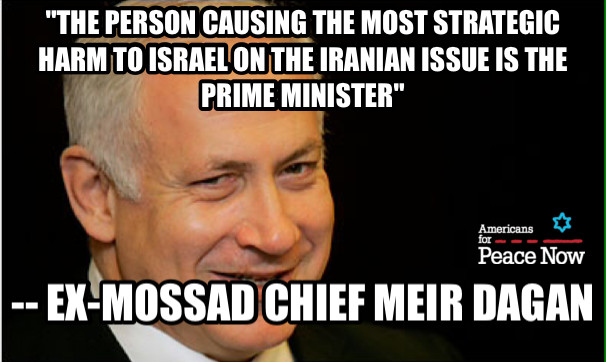 A former chief of Israel’s Mossad spy agency on Friday rejected claims made by Israeli Prime Minister Benjamin Netanyahu in his contentious address to Congress about Iran’s nuclear program.

In an interview aired on Channel 2 TV, Meir Dagan questioned Netanyahu’s claim that the deal under negotiation with world powers would allow Iran to create a nuclear weapon within a year or less.

“The time is longer than what he describes,” Dagan said.

Dagan also rejected Netanyahu’s assertion that Iran’s intercontinental ballistic missile program could allow it to deliver a nuclear arsenal to “every part of the United States.”

“The missiles cannot reach the U.S.,” Dagan said. When asked if Netanyahu does not know that, Dagan replied: “He knows. So what?”

When Netanyahu said that “the Jewish people can defend ourselves,” Dagan said: “That is a threat of attack.”

Dagan has been a fierce critic of Netanyahu’s approach to Iran, emerging as a key opponent of a potential Israeli military attack against its nuclear facilities. He has said Netanyahu’s trip to Washington, over White House objections, was pointless and counterproductive.

Dagan directed the Mossad from 2002 to 2010, a period when it reportedly carried out covert attacks against Iranian nuclear scientists and unleashed cyberattacks that delayed Iran’s progression toward a bomb.

Last week, Dagan told an Israeli daily that “the person who has caused the greatest strategic damage to Israel on the Iranian issue is the prime minister.”