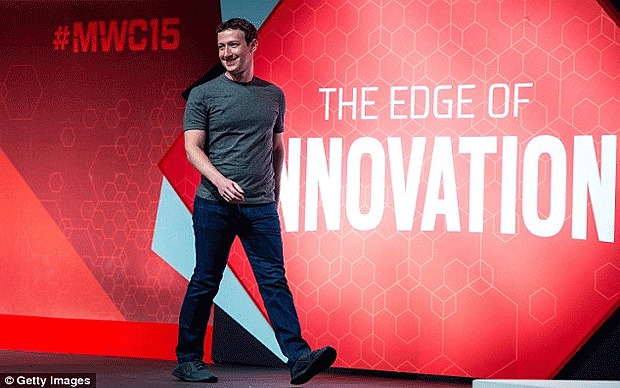 As the founder of one of the most successful companies on the planet, when Mark Zuckerberg gives job advice it’s a good idea to listen.

Speaking at the Mobile World Congress in Barcelona this week, the 30-year-old Facebook founder revealed the main thing he looks for in a prospective employee. And his answer was simple.

“I will only hire someone to work directly for me if I would work for that person,” Mr Zuckerberg told the audience. “It’s a pretty good test and I think this rule has served me well.”’

One of those people who clearly passed the test was the Sheryl Sandberg, the company’s chief operating officer.

When asked by a woman in the audience what it is like to work with Mrs Sandberg, Mr Zuckerberg said he considered her a mentor and someone who has been instrumental in building Facebook into a business and “healthy organisation.”

Facebook’s staff is relatively small in comparison to other tech giants in Silicon Valley, such as Google, which has almost 55,000 employees. Mr Zuckerberg said that was part of the social media company’s success.

“The most important thing is to keep your team as small as possible,” he went on. “[Facebook] serves more than a billion people around the world but our team has fewer than 10,000 people. It’s only possible because of modern technology. Big companies get bloated.”

Mr Zuckerberg spoke during a public Q&A session at the world’s biggest wireless phone fair , where thousands of mobile industry professionals have gathered this week.

He was asked if the world’s biggest social network had ambitions outside of social media and the Internet, but said Facebook is “pretty focused.”

Facebook’s goal of connecting people globally is “pretty broad,” he said. That includes enabling people to share their own photos and videos and message each other as well as giving businesses a platform.

Facebook is also trying to get more people in developing countries online through its Internet.org push and developing its virtual-reality technology.
Telegraph