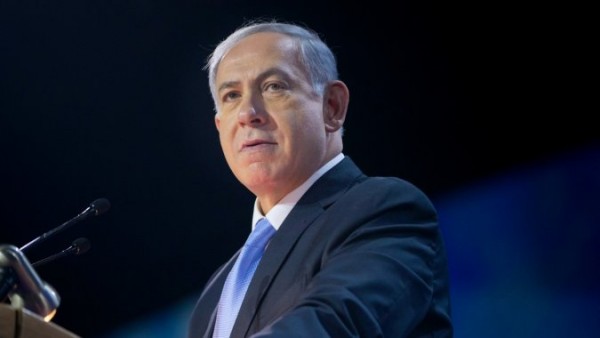 The major American broadcast networks declined to carry live Israeli prime minister Benjamin Netanyahu’s address to a joint session of Congress boycotted by many leading Democrats Tuesday, and early reaction to the speech in Hollywood seemed to signal a growing disenchantment with the Obama administration foreign policy, particularly the ongoing nuclear negotiations with Iran.

Fox News, MSNBC, CNBC and CNN, did broadcast the address, along with CSPAN. The major networks, along with multiple U.S. online news outlets, including The New York Times and The Wall Street Journal, did live stream the speech on their websites.

In Hollywood, where support for a Democratic president and the state of Israel are as close as you come to consensus issues, reaction to Netanyahu’s visit and address was split.

“Everyone thinks Netanyahu should be sent to the moon with no return ticket,” said one Democratic activist. Another wondered cynically: “How much is [billionaire GOP donor] Sheldon Adelson paying him?”

But the prime minister does have supporters among Hollywood execs who believe Obama has been a disaster on foreign policy.

“I’m a supporter of Israel, and I think Netanyahu is more qualified to know what to do than Obama,” said one longtime Hollywood insider. “The one think I don’t agree with is putting nuclear arms in the hands of our most mortal enemy. They’re lunatics, and they’ll get them probably anyway. But I think giving them any nuclear capability is a dangerous thing for the whole world. They’re unpredictable. There’s never going to be a truce.

“I support Netanyahu over Obama, who I think has turned out to be a terrible president. I gave him all my money and my votes. I wish I could get it back.”

Longtime Democratic political consultant Donna Bojarsky told The Hollywood Reporter, “No one is saying Netanyahu doesn’t have a right to disagree with American policy and try to lobby, as any government does and use appropriate means to lobby their own individual position. But this is out of the norm.”

Bojarsky added, “There are people in the Jewish community who are single-issue voters who see things solely through the prism of support for Israel. That is the main thing that drives their voting decisions. That is a small minority of Hollywood.”

Despite pressure from the Obama administration not to appear before Congress, Netanyahu told the American lawmakers that he felt a “profound obligation” speak out about Iran’s ambitions to develop nuclear weapons.

“Right now, Iran could be hiding nuclear facilities that we don’t know about,” he said. “Iran has proven time and again that it cannot be trusted.”

He also noted that Iranian supreme leader Ali Khamenei has been going on Twitter to spew “the oldest hatred of anti-Semitism with the newest technology. He tweets that Israel must be annihilated. He tweets!” Netanyahu said.

The prime minister, who is locked in a tight contest for reelection at home, also warned the lawmakers not be deceived by Tehran’s willingness to fight Isis. “This,” he said, “is a case where the enemy of your enemy is your enemy.”

Essentially, Netanyahu was attempting to win over two audiences: One was the U.S Congress and public, who he hopes to convince to turn thumbs down on any deal with Tehran; the other was the Israeli electorate, which goes to the polls in just two weeks to elect a new Knesset.

The invitation to address Congress was extended by the Republican house speaker John Boehner without consulting President Obama, which has lent the entire event a novel partisan spin on what is traditionally an issue—Israel’s security—that is supported by cooperation on both sides of the isle. As a result, Obama has declined to receive Netanyahu at the White House and did not watch the speech. Both vice president Joe Biden and Secretary of State John Kerry were pointedly “out of town” and an estimated 60 Democrats skipped the event.

For his part Netanyahu went out of his way to praise Obama, while delivering a detailed denunciation of a proposed agreement he called “so bad.” He also argued that Tehran-sponsored terrorism has killed more Americans than “anyone but Osama bin Laden.”

Netanyahu’s remarks, delivered in the Philadelphia-accented English that is a product of his American boyhood, were repeatedly interrupted by standing ovations by the assembled Senators and Representatives.

He told the lawmakers that a better deal could be achieved “by increasing the pressure on a very vulnerable regime,” made more so “by the collapse of the price of oil. . .They need a deal more than you do. . .This is a very bad deal and we’re better off without it.

Netanyahu singled out the presence of Holocaust survivor and Nobel Peace laureate Eli Wiesel, who was seated next to Harvard law professor Alan Dershowitz in the gallery. “Your work,” he said, addressing Wiesel directly, “give meaning to the phrase ‘never again’. . .The days are past when the Jewish community stands passively by in the face of genocide. . .We are capable of defending ourselves. Israel may have to stand alone, but it will stand. But I know that Israel does not stand alone. America stands with it and You stand with it,” he added speaking directly to the lawmakers.

At a minimum, the Prime Minster argued, such a better deal he urged Congress to seek would be proceeded by Iran’s agreement to change its global conduct by stopping support for terrorism and ceasing “to threaten the existence of the State of Israel.”