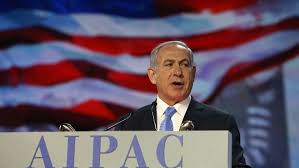 Israeli Prime Minister Benjamin Netanyahu warned of the danger Iran’s nuclear program posed to the world, comparing the Iranian government to the Nazi regime in a speech to Congress Tuesday that was preceded by a weekslong partisan feud in Washington.

Netanyahu’s speech, heavy on metaphor, criticized the ongoing talks with Iran about its nuclear program, saying the current deal puts Israel, the Middle East and the world at great risk.

Iran could be “weeks away from an arsenal of nuclear weapons” with full international backing, yet the greatest danger facing the world “is the marriage of militant Islam with nuclear weapons,” he said.

The scheduling of the speech has roiled Washington ever since Netanyahu was invited by Republican Speaker of the House John Boehner in January. Boehner did so without consulting the White House, in “a major breach of diplomatic protocol for a visiting foreign leader,” writes Newsweek’s Jonathan Broder.

The timing of the speech it also significant, Broder writes, coming “just two weeks before elections in Israel, where Netanyahu hopes his remarks will help convince voters to reelect him to an unprecedented fourth term. It also comes three weeks before Congress considers yet another raft of Iran sanctions, which Obama says will torpedo further talks. Netanyahu hopes his speech will influence enough lawmakers to override the president’s power to veto the measure, which Obama says he will do.”

In his speech, Netanyahu urged the world to demand three things of Iran: that they stop their aggression towards its neighbors in the Middle East; stop their support of terrorism and stop their threats to “annihilate Israel.”

“We must all stand together to stop Iran’s march of conquest subjugation and terror,” said Netanyahu.

Towards the end of his speech, the prime minister addressed Elie Wiesel, a professor and Holocaust survivor, who was in attendance, saying he hoped the world can learn from history and urging world leaders “not to repeat the mistakes of the past.”

“The days when the Jewish people remain passive in the face of genocidal enemies, those days are over,” said Netanyahu.

In an interview with Reuters on Monday, Obama played down the disagreement with Israel over the Iran nuclear deal and said it would not be “permanently destructive” to the U.S.-Israeli relationship. The president also said that Iran must agree to a 10-year “freeze” on nuclear activity if a deal to be reached.

He is not scheduled to meet with Netanyahu, creating a “highly usual” situation due to the degree of distance the Israeli leader is keeping from Obama, CNN reports. The White House scheduled President Obama to speak with five other world leaders at 11:30 a.m., in the middle of Netanyahu’s speech, The New York Times reports.

Despite not meeting with him on Tuesday, Netanyahu said he appreciates all that President Obama has done for Israel.

“Some of what the president has done for Israel might never be known because it touches on some of the most sensitive and strategic issues that arise between an American president and Israeli prime minister, but I know it and I will always be grateful to President Obama for that support,” he said.

A number of Democratic lawmakers boycotted Tuesday’s speech, but administration officials have expressed reservations about the speech taking on political overtones. “We don’t want to see this turned into some great political football,” U.S. Secretary of State John Kerry told ABC’s This Week program on Sunday.

Netanyahu addressed both parties on Tuesday.

“I know that no matter on which side of the aisle you sit you stand with Israel,” he said.

“I deeply regret that some perceive my being here as political. That was never my intention,” said Netanyahu.