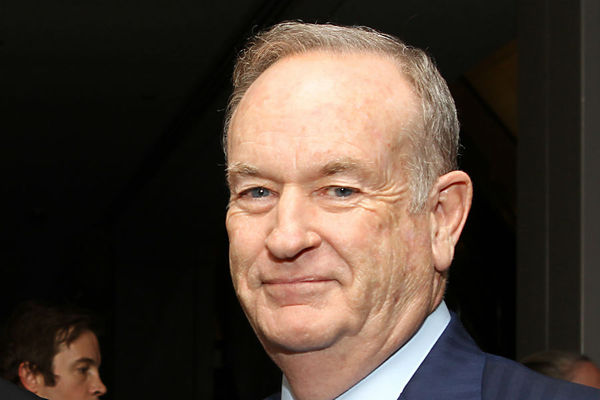 Fox News admits that Bill O’Reilly didn’t actually see “guys gun down nuns in El Salvador” or witness any bombings in Northern Ireland. Why Fox News is unlikely to suspend Bill O’Reilly for his exaggerations.

“That’s really what separates me from most of these other bloviators,” Fox News host Bill O’Reilly recently said in the midst of a scandal about whether he’s exaggerated the dangers of his past combat reporting, “I bloviate, but I bloviate about stuff I’ve seen. They bloviate about stuff that they haven’t.”

It turns out O’Reilly is no different from the other bloviators.

In a statement quietly made to the Washington Post Friday, Fox News admitted that O’Reilly exaggerated about at least one of his reporting experiences, about seeing Irish terrorists bomb fellow citizens in Belfast. In a separate statement, O’Reilly adjusted his recounting of another reporting episode that was called into question, about seeing nuns murdered in El Salvador.

Left-leaning publication Mother Jones touched off the controversy last month when it questioned O’Reilly’s statements regarding his role in the aftermath of the Falklands conflict and compared him with Brian Williams, who was recently suspended from NBC Nightly News for exaggerating his reporting. Since then, for nearly two weeks, O’Reilly has been on the defensive against claims that he, too, exaggerated past combat reporting experience.

Throughout, Fox News has dismissed the accusations as “nothing more than an orchestrated campaign by far left advocates.”

O’Reilly, in classic form, responded to the charges angrily, calling them “garbage” and the Mother Jones reporter a “liar” and a “guttersnipe.”

But it turns out there have been at least three instances in which O’Reilly’s claims have been discredited.

First stop on the “Bloviate-gate” train: Northern Island, where O’Reilly claimed in his book “Keep it Pithy,” that he’s “seen soldiers gun down unarmed civilians in Latin America, Irish terrorists kill and maim their fellow citizens in Belfast with bombs.”

When the Washington Post pushed Fox News on the matter, a Fox News spokesman said Friday that O’Reilly was not an eyewitness to any bombings or injuries in Northern Ireland. Instead, he was shown photos of bombings by Protestant police officers.

Next stop, El Salvador. On at least two separate occasions, O’Reilly claimed to have seen the murder of four American nuns in El Salvador.

The only problem? O’Reilly arrived in El Salvador months after the brutal killings and could not have witnessed them, liberal watchdog group Media Matters for America, reported.

O’Reilly responded in a statement to Mediate last week in which he was describing photos of the murdered nuns, not the crimes themselves.

“While in El Salvador, reporters were shown horrendous images of violence that were never broadcast, including depictions of nuns who were murdered,” he said in the statement.

Last stop, Florida. In his 2012 book, “Killing Kennedy,” O’Reilly claimed that he “heard the shotgun blast that marked the suicide,” of Lee Harvey Oswald’s associate, George de Mohrenschildt in a house in Florida in 1977.

It turns out O’Reilly wasn’t even in Florida when Mohrenschildt committed suicide, according to phone recordings CNN acquired.

According to the phone recording, O’Reilly called Gaeton Fonzi, an investigative reporter who was known for his work on JFK’s assassination, and asked if he had heard any personal details about Mohrenschildt’s suicide. “I’m coming down there tomorrow,” O’Reilly is heard saying to Fonzi. “I’m coming to Florida.”

So what does this mean for Fox and O’Reilly?

As the Monitor’s Peter Grier pointed out, “he’s a political commentator, not a news anchor…Bloviation might be judged to be part of his job…That’s part of its appeal.”

What’s more, O’Reilly is intensely popular and a cash cow for Fox News, so this shouldn’t dent his reputation at the cable network, which thrives on controversy.

In fact, the scandal helped boost “The O’Reilly Factor” ratings: viewership has gone up 11 percent since it started.

In other words, regardless of the findings, O’Reilly and his bloviating aren’t likely to disappear from Fox News anytime soon.