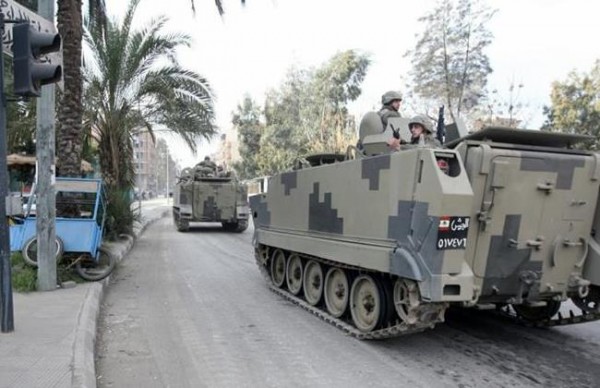 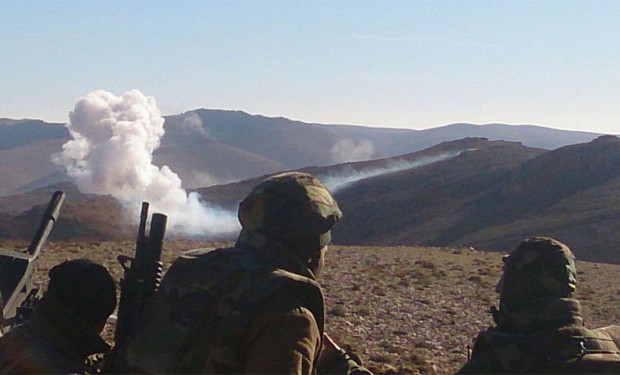 The Lebanese  army revealed that  it  seized two hilltop positions along the border from Syria-based Islamic terrorists  and seized  explosives and unexploded projectiles as well as military equipment during the offensive.

In a statement  around noon time Thursday, it says the operation is in line with efforts to secure villages near the eastern border with neighboring Syria.

Five soldiers were wounded and 3 militants wee killed  in the operation, during which the  militant positions were shelled with artillery and heavy weaponry, it added.

Security sources revealed that an officer and four troops were lightly to moderately wounded when a rocket fired by militants crashed near their vehicle on the outskirts of the northeastern border town of Ras Baalbek, hours after the military launched a preemptive operation.

Most of the Syria-based militants, believed to be affiliated with ISIS, have apparently retreated after the offensive, which was backed by artillery bombardment.

By Thursday afternoon, the Army was still pounding militant bases in the outskirts of Ras Baalbek and areas surrounding the nearby towns of Khirbet Daoud and Al-Ajram.

The preemptive attack came after the Lebanese Army fortified its positions along the border with Syria.

It said troops managed to “wrest full control” of the hilltop positions Sadr al-Jarash and Harf al-Jarash, northeast of Talet al-Hamra on the outskirts of Ras Baalbek.

“We cannot say that the Ras Baalbek operation has ended, because the army is seeking to seize control of the entire mountain in order to protect the town,” adding : “The army is still on full alert in Ras Baalbek’s outskirts and it is currently reinforcing its troops in the posts it seized today.”