Cyprus to allow Russian navy ships to use ports 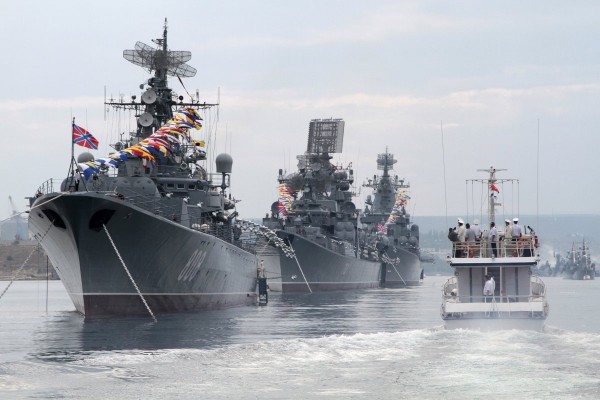 Russian President Vladimir Putin and his Cypriot counterpart Nicos Anastasiades signed an agreement on Wednesday that will allow Russian navy ships regular access to ports on the Mediterranean island nation.

The move comes as ties between Russia and the West have soured over the Ukraine conflict. Putin told journalists that the ships that will dock at Cypriot ports would mostly be used in international anti-terrorism and piracy efforts.

“Our friendly ties aren’t aimed against anyone,” Putin said, adding, “I don’t think it should cause worries anywhere.”

Cyprus also hosts military bases for its former imperial ruler, Britain. The UK announced earlier in the week that it is planning on sending military trainers to Ukraine to assist government forces.

But Cyprus is also heavily dependent on Russian investment, and Anastasiades played down Wednesday’s deal, explaining that Russia has always had access to its ports. Now, he said, Moscow just had a more solid legal basis for docking its ships in Cyprus. Earlier this week Russia restructured a 2.5 billion euro loan ($2.8 billion) to Cyprus from 2011, reducing the interest rate from 4.5 percent annually to 2.5 percent.

Russia has attempted to create stronger ties with individual members of the European Union, including Cyprus, Hungary and Greece, in the wake of the 28-nation bloc imposing cumulative sanctions on the Kremlin for its alleged role in stoking the Ukraine crisis. Moscow has offered financial assistance to Athens, and last week Putin received a warm welcome in Budapest.

The EU authorities in Brussels worry this policy is aimed at weakening resolve to pass a further tightening of sanctions.

The Cyprus deal solves a problem facing Russia since it lost its Syrian Mediterranean base to the conflict between rebels and the regime of Bashar al-Assad. Russian news agency Tass reported that besides the navy deal, Putin and Anastasiades were also discussing the possibility of Russian planes using an air base near the town of Paphos for humanitarian relief missions.