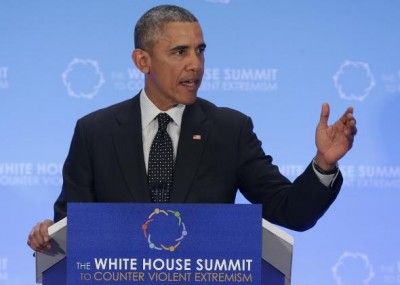 Lebanon decided not to participate in the three-day Countering Violent Extremism summit held in Washington this week for the countries participating in the international coalition against terrorism. There was extensive discussion in Beirut before it was finally decided to abstain from taking part in the summit, but the issue is still stirring controversy Al-Monitor news reported on Wednesday.

A Lebanese government source reportedly revealed to Al-Monitor the entire story behind Lebanon’s relationship with the international framework against terrorism. On condition of anonymity, the Lebanese official explained that the issue began during the international coalition’s first meeting, which was held in Jeddah Sept. 9, 2014. The source noted that Hezbollah and individual ministers began to object to Lebanon’s participation in meetings that were sponsored by the United States and Saudi Arabia.

Several Lebanese parties — Hezbollah and its allies, in particular — are opposed to this regional and international dialogue. However, the final decision was that Lebanon must indeed participate, as the fight against terrorism also concerns it and as the countries participating have good relations with the Lebanese government. An agreement was made between these countries to only discuss the issue of terrorism during the meeting and refrain from addressing other political subjects.

The official said the next meeting took place Dec. 3 in Brussels, where there were further attempts to diverge from the subject and address Hezbollah and the Syrian regime. The confrontation in Brussels was even more severe than in Jeddah, as a number of the participating European countries, in addition to some Arab states, attempted to add clauses putting an end to alliances with the Syrian opposition. Again, the Lebanese delegation restated its position and explained that the Lebanese government has taken an official stance regarding the war taking place on its border, defining it as “self-distancing.”

This means that Lebanon will not take one side over another, nor will it take a political position regarding the war in Syria, so the Lebanese delegation in Brussels cannot accept any statement that opposes that stance. However, some still attempted to include a clause for the training and reinforcing of moderate Syrian factions to fight terrorism and the Syrian regime simultaneously, and the Lebanese delegation threatened to leave the meeting. However, after hours of further discussion, the suggested clauses were amended and the rules agreed upon in Jeddah were reinstated, limiting the talks to the issue of terrorism and leaving out the Syrian regime, Hezbollah or Israel.

The rules for Lebanon’s participation in the counterterrorism meetings were observed until mid-January, after US diplomats visited Beirut to invite Lebanon to attend the upcoming meeting in Washington at the end of February. The source told Al-Monitor that the situation was quite awkward, as the US diplomats delivered the invitation while noting that Israel would participate as well. The issue was immediately referred to the Cabinet, where the Lebanese ministers expressed varying points of view.

This first viewpoint upheld the previous participation rules and called for a boycott. Lebanon is at war with Israel and still believes that it occupies Lebanese territory in addition to constantly invading its skies and regional waters. There are suspicions about Israel itself cooperating with certain terrorist groups targeted by the coalition, maintaining relations with certain militant groups, namely Jabhat al-Nusra, in Syrian areas adjacent to the occupied Golan Heights. Therefore, these ministers believe that it is completely unacceptable for Lebanon to participate in a meeting attended by Israel.

A second point of view noted that Israel already participates in several international meetings attended by Lebanon, since both countries are members of many international organizations, so its presence in Washington at this one can be disregarded. The matters discussed during these meetings are critical and affect Lebanon. In addition, the US role is significant in the war against terrorism and international policy, and Beirut would not want to look as if it is boycotting Washington instead of Tel Aviv.

However, after further details were discovered, the Washington meeting turned out to be different from any other meeting set by international organizations that both Lebanon and Israel have previously attended. In Washington, the participants will have to sit on one table, make joint decisions and abide by them together. Follow-up committees will be formed and the participating delegations will have to communicate and interact with one another. At this point, calls for Lebanon’s presence in Washington failed.

Ministers with a third point of view called on the Lebanese government to ask the United States not to invite Israel. However, the Cabinet realized the naivete of such a request, so the only option left was to abstain.

The Lebanese official noted that Lebanon apologized for not attending the Washington meetings, but made sure to assert that it remains a part of the international coalition against terrorism. Despite skipping the meeting, Beirut will commit to working with the committees to be formed there, so long as Israel is not involved in them.
Al Monitor