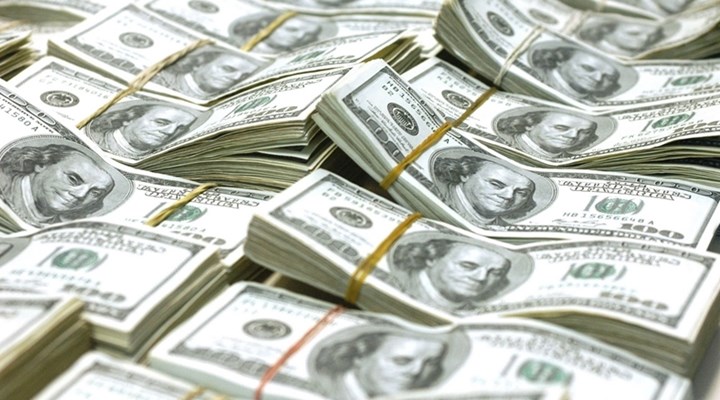 At least $1 billion in cash has been smuggled into Iran as it seeks to avoid Western sanctions, a bigger figure than previously reported, Iranian officials and Western intelligence and diplomatic sources say.

Sanctions imposed by the West over Iran’s nuclear program have shut Tehran out of the global banking system, making it hard to obtain the U.S. dollars it needs for international transactions.

In December, the U.S. Treasury said the Iranian government had obtained hundreds of millions of dollars in bank notes using front companies.

Interviews by Reuters with Iranian officials and Western diplomatic and intelligence sources show a bigger smuggling effort by Tehran, as well as the routes and methods used — details not previously reported. These sources said at least $1 billion in U.S. bank notes had been smuggled into Iran in recent months, with the Iranian central bank playing an important role.

Three Western diplomatic sources and three Iranian government officials, who all declined to be identified citing the sensitivity of the issue, said Tehran had been working on ways to obtain dollars since March last year.

The sources said the cash was hand-carried by couriers on flights from Dubai or Turkey, or brought across the Iraq-Iran border.

Before it reached Iran, the cash was passed through money changers and front companies in Dubai, in the United Arab Emirates, and Iraq, they added.

A Western diplomat who follows Iranian affairs said the central bank was a driving force in efforts to obtain dollars.

The Central Bank of Iran declined comment, as did government officials in Turkey. Authorities in the United Arab Emirates made no immediate comment when contacted, while the UAE central bank declined comment.

The extent of the smuggling has emerged as Tehran is in talks with world powers about its nuclear program, seeking a deal to lift the sanctions that have halved its oil exports and hammered its economy.

An Iranian government official with knowledge of how the dollars were obtained said front companies had “mushroomed” in Dubai to facilitate payments to Iran.

The use of multiple front companies, which bought dollars from currency traders in Dubai and Iraq, was preferred as it concealed the overall size of the dollar purchasing operation, the Iranian and Western sources said. Front companies operate at arm’s length from the Iranian government or state-backed organizations, the sources said.

Suitcases full of dollars were carried to Iran from Dubai, and sometimes Turkey, the Iranian government official said. Groups of three or four couriers would usually fly first or business class, the official said.

In return for dollars, the front companies were paid in United Arab Emirates dirhams or oil, the Iranian and Western sources said.

A report last year by the U.N. Security Council’s Panel of Experts on Iran said Iran had used cash and money changers to help get around banking restrictions.

“The Panel continues to receive information from states and financial institutions that Iranian companies could operate through trading companies or shell companies in neighboring states,” the U.N. report said.

U.S. Executive Order 13622, which came into effect in 2012, prohibits the purchase or acquisition of U.S. bank notes by the government of Iran.

Jonathan Schanzer, a former terrorism finance analyst at the U.S. Treasury, said Iran had been starved of dollars and euros.

“It has been a constant battle behind the scenes for Iran to get their hands on these hard currencies,” said Schanzer, now with Washington think tank the Foundation for Defense of Democracies.

Iran says the sanctions are illegal and has vowed to sidestep them.

Iranian and Western diplomatic sources said as much as $500 million in cash was funneled to Iran through traders in Iraq.

An Iraqi government financial adviser told Reuters that Iraq was a major source of dollars for Iran, but the Iraqi government had this year begun to restrict the central bank’s dollar sales to private banks and traders in an attempt to control the flow of dollars out of the country.

The Iranian and Western sources said another $500 million was obtained for Iran by two Dubai-based front companies that have been sanctioned by the U.S. Treasury. The amount is in line with ballpark figures published by the Treasury in December.

The Treasury said Belfast General Trading had converted over $250 million, which was hand carried to Tehran.

The Treasury also said other individuals had delivered hundreds of millions of dollars in U.S. bank notes to Iran’s government in breach of sanctions. It did not give an overall total.

Sima and Belfast General Trading did not respond to requests for comment.