A fire has swept through the Torch skyscraper in Dubai, one of the tallest residential buildings in the world.

Strong winds helped the blaze to spread across the 336.1m (1,105ft) high building in the marina district.

One eyewitness told the BBC “there was debris flying everywhere, falling into neighboring buildings”. The fire was later extinguished.

It is not known what caused the blaze. Hundreds of people were evacuated and there are no reports of any casualties.

Footage posted on social media showed what looked like molten glass and pieces of masonry falling to the ground. 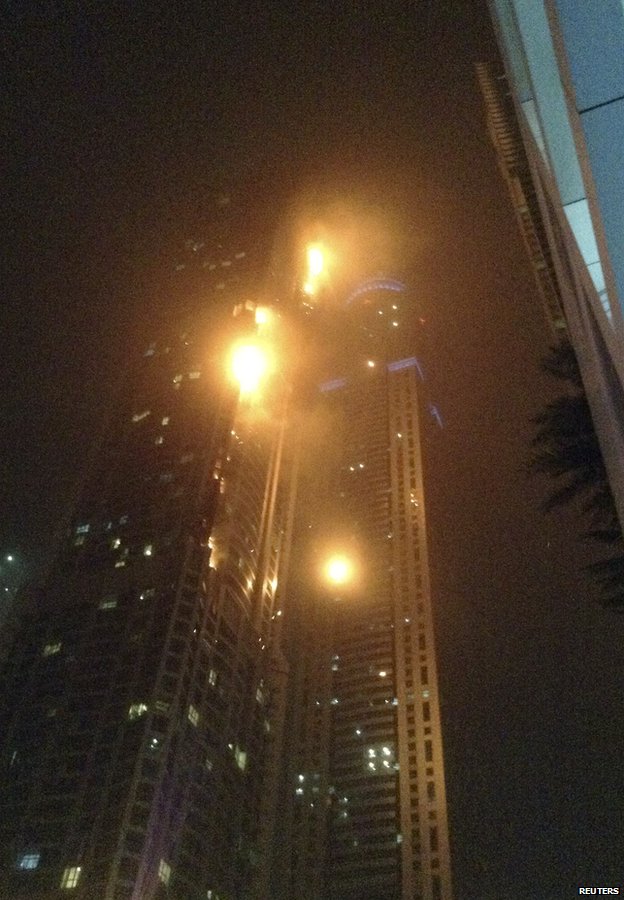 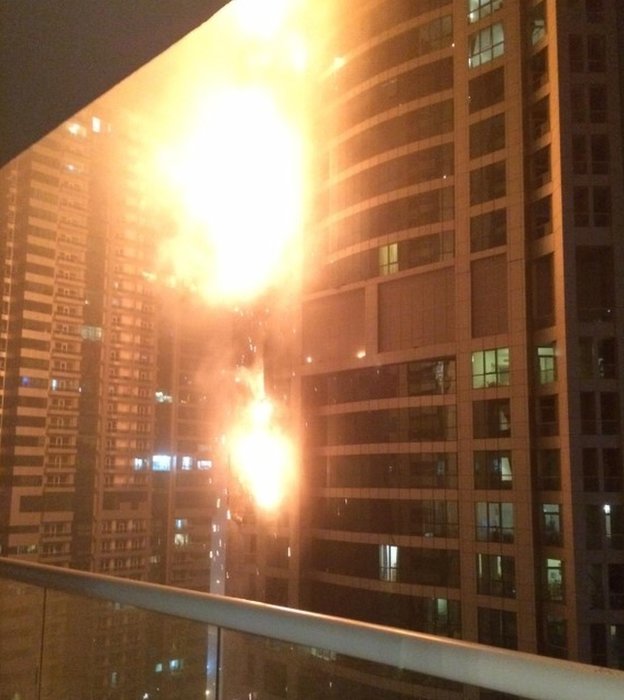 It’s not yet clear what caused the fire 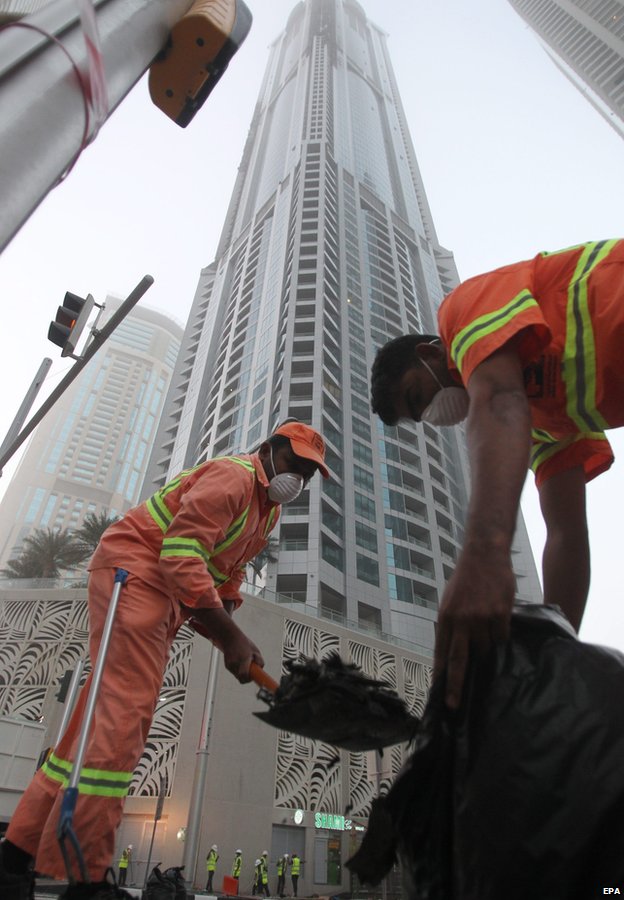 Debris tumbled from the burning building on to the ground below

“In an hour-and-a-half the fire is almost out on about 60 floors, it looks like mostly the outer apartments that are damaged,” eyewitness Rola told the BBC.

She said it looked like the blaze had started on the 50th floor.

“It’s an iconic building, people were out on balconies all around it watching – even though it was 3am [23:00 GMT Saturday],” she said.

“The civil defence came really quickly and they have said there were no casualties, everybody was told to evacuate in a timely manner and we think everybody is OK.”

One of the tower’s residents, Kathryn Dickie, said she had seen panels from the building tumble to the ground.

“Those panels were catching fire and then coming off the building and being picked up by the wind,” she said.

“And I was watching them, they were falling down on to the street still in flames, they weren’t going out and they were actually knocking into the buildings across the road.”

US resident RJ Morlock told the Associated Press news agency: “I was really surprised they got it under control pretty quickly. It looked like it was going to go up.”

No-one was injured in that incident but hundreds of residents were left homeless after the blaze, started reportedly by a cigarette butt.

according to the Skyscraper Centre