Why Arab Spring succeeded in Tunisia but failed everywhere else 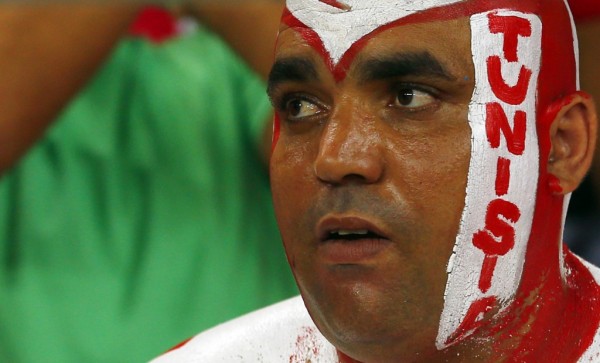 Earlier this month, Tunisia’s newly elected parliament cobbled together a coalition government led by a secular party that included its Islamist rivals, who had been democratically ousted from power. The new government, coming on the heels of a historic presidential election, a new constitution and the first democratic elections to be held during the Arab Spring, marks an astonishing democratic culmination in the birthplace of the movement. It has also proven hard to replicate.

How has Tunisia been able to move forward in its transition to democracy?

One reason has been the Islamist Ennahda Party’s extraordinary willingness to compromise, reach across the secular-religious divide and cede power. While banned from meeting publicly or participating in the political process before the Arab Spring, Ennahda grew skilled at organizing at a grassroots level, under the radar of the state, through mobilizing (and creating) civil society groups, and developing and disseminating sophisticated political literature, both digitally and in print. These roots of engagement and participation were further able to take hold and evolve in the democratic process following the 2011 revolution, partly because the West’s stake in Tunisia was not as great as in Egypt or Algeria, where democratically elected Islamic governments were brought down before even being given a chance to operate.

The first two heads of Tunisia’s post-Arab Spring government were Ennahda members. The first, Hamadi Jebali, had been imprisoned for nearly 15 years under the previous regime, much of it spent in solitary confinement. The second, Ali Laarayedh, who spent 14 years in prison, 13 of them in solitary confinement, was tortured and his wife sexually abused by officials in the Ministry of the Interior. Both Jebali and Laarayedh would later voluntarily step down from their positions as head of government, with Laarayedh saying, “I hope that the country will be a model of democratic transition.”

The Tunisian model, however, has been difficult to live up to. Tunisia’s revolution ignited the Arab Spring and appeared to have a cascade effect. It sparked uprisings in Egypt, Libya, Bahrain, Syria, Yemen and beyond, bringing the hope of toppling authoritarian governance across the region. Egypt seemed to follow suit; it held its first real democratic elections in 2012, which catapulted the Muslim Brotherhood and Muhammad Morsi to power. It was unsurprising that Islamic parties won the first round of elections in both countries.

After decades of repression — imprisonment, trials, torture, censorship, surveillance, bans on congregation and laws against political participation — both Ennahda and the Muslim Brotherhood had become skillful grassroots political organizers. Their long persecution imparted Ennahda and the Muslim Brotherhood with auras of political legitimacy. For Ennahda, that history of resistance laid the groundwork for democratic participation.

When the protests of the Arab Spring dissipated, the decentralized, loose coalition of groups and movements — the workers, the unemployed, the youth, women, cyber activists, artists and soccer fans — that characterized the uprisings also dissolved. In its wake were two main Islamic parties that had long organized against the regimes, both formally and informally.

Ennahda quickly proved responsive to popular will in the drafting of a new constitution, particularly over questions of women’s rights and fears of an Islamist theocracy. The Tunisian constitution, ratified in January 2014, does not mention sharia. Instead, Article 6 specifically guarantees “freedom of belief, conscience, and religious practices” and emphasizes the state’s commitment “to spreading the values of moderation and tolerance … and preventing incitement to hatred and violence.”

The 2012 Egyptian constitution was, in fact, the first in the region to explicitly establish, without qualification, “equality and equal opportunities for all citizens, men and women, without distinction, favoritism, or partiality, in rights or duties.” But Ennahda followed suit and similarly embraced women’s full equality with men in its constitution, abandoning earlier drafts’ language of women’s “complementarity.” “All citizens, male and female alike, have equal rights and duties, and are equal before the law without any discrimination,” the Tunisian constitution reads.

Ennahda and Tunisia’s democratic experience following the Arab Spring challenges popularly held assumptions about tendencies toward authoritarianism in the Islamic world. These biases ignore the reality of moderate political mobilization across the region. Ennahda has done battle —with concepts of gender equality, religious freedom and Islamic democracy —against an autocratic government in Tunisia. And it is by adhering to the principles of free political participation that the party is able to maintain power as a player in the arena of democratic politics.

In Tunisia’s latest round of elections, Ennahda was voted from power but continues to be a powerful influence in the new government. It operates more as a political party responsive to popular demands than as a movement bent on ideological conversion.