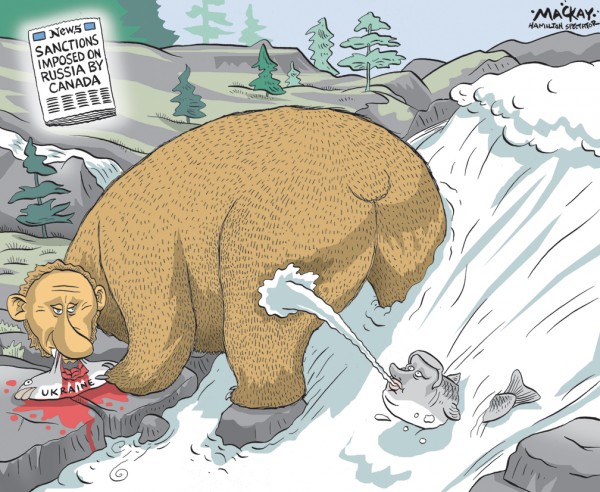 Canada has imposed additional sanctions against Moscow and its sympathizers over the Ukraine conflict.

Canadian Prime Minister Stephen Harper said his government “remains steadfast in its commitment to stand with the people of Ukraine in the face of the Putin regime’s ongoing military aggression, which has already cost the lives of more than 5,300 people.”

The move was made in coordination with the European Union and the United States, which have also punished Russia for what they say is its military backing of the separatists in eastern Ukraine.

Russia’s Foreign Ministry said on February 18 it “reserves the right to react accordingly” to the Canadian sanctions.