Sex, Lebanon, and the Mossad: The mystery behind the HSBC scandal 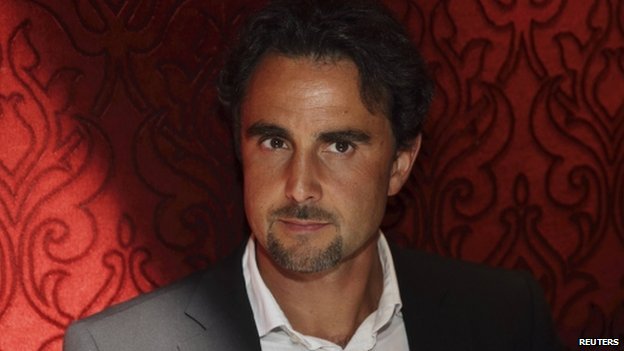 Herve Falciani says banks “have created a system for making themselves rich at the expense of society”
Share:

Revelations that HSBC, one of the world’s largest banks, helped some of its wealthy clients evade hundreds of millions of dollars worth of tax have made headlines across the world, but who is the man who lifted the lid on the scandal?

Depending on who you believe, Herve Falciani is either a courageous whistleblower responsible for exposing industrial-scale fraud at one of the world’s largest banks that deprived governments in dozens of countries of many millions of pounds, or a cynical, calculating criminal who maliciously stole sensitive data on tens of thousands of clients with the intention of lining his own pockets.

On 22 December 2008, police in Switzerland detained Mr Falciani in Geneva. They interrogated the computer systems analyst for several hours, before releasing him under strict instructions to return the following morning.

Mr Falciani, however, rented a car, collected his wife and two daughters and made a beeline for the French border. He telephoned the Swiss police from southern France, telling them he wanted to spend Christmas with his family in France, but that he would return in the new year.

The then-36-year-old dual French-Italian national did not make good on this promise, however, and Swiss authorities have been trying to get their hands on him ever since, thus far to no avail.

Mr Falciani grew up in Monaco, which, he says, made going into the financial sector an “obvious choice”. In 2000 he joined HSBC in the principality, before transferring to HSBC Private Bank (Suisse) in Geneva, Switzerland six years later.

Between 2006 and 2007, he collected confidential data on more than 106,000 of the bank’s customers from more than 200 countries, pertaining to more than 300,000 private accounts. Many of them belonged to prominent figures in business, film, music, sport, and even the heads of royal families.

Thousands of pages pertaining to the accounts were obtained by French newspaper Le Monde and shared with the BBC and more than 50 other international media outlets. The publication of their findings has raised questions as to why HSBC did not do more to prevent tax evasion via its Swiss subsidiary.

In early 2008, Herve Falciani flew to Lebanon with a colleague, Georgina Mikhael. She says the pair were lovers, and that he had confessed to her that he had joined HSBC in the first instance with the intention of obtaining sensitive client data to sell on to third parties.

He denies any romantic connection between the pair, and says Ms Mikhael’s involvement came about after men claiming to be agents of the Israeli intelligence agency Mossad instructed him to visit Lebanese banks and inform them of security breaches at HSBC Private Bank in order to dissuade clients from using clandestine money to fund terrorist activity.

The pair set up meetings with four Lebanese bank managers, and while Herve Falciani used a pseudonym, Georgina Mikhael used her real name, and was promptly put under surveillance by Swiss authorities. She was subsequently questioned by police and gave Mr Falciani up, precipitating his arrest and flight from the country.

Upon arrival in France, he downloaded confidential data on HSBC Private Bank accounts from remote servers and passed on five disks to French authorities, who could not send him back to Switzerland because of laws preventing the extradition of French citizens.

The French government, through then-Finance Minister Christine Lagarde, who now heads the International Monetary Fund, in turn shared the data Mr Falciani had passed to them with other governments’ tax bodies, leading to a number of prosecutions and orders for payment of outstanding taxes amounting to hundreds of millions of dollars.

Mr Falciani was arrested on a Swiss arrest warrant and detained for more than five months in Spain in 2012. However, the Spanish government refused to extradite him to Switzerland the following year, saying violation of banking secrecy was not a crime in Spain, with the state prosecutor praising the former HSBC man as a whistleblower.

In December 2014, the Office of the Attorney General of Switzerland levelled several charges against Herve Falciani, accusing him of qualified industrial espionage, unauthorised obtaining of data, and violation of banking secrecy, noting that “several bank customers” whose data he leaked were also involved as private claimants.

As to his own motivations, Mr Falciani, who has a security detail provided by the French government due to concerns about his personal safety, says he feels a kinship with Edward Snowden, whose revelations about the snooping activity of the US National Security Agency sent shockwaves around the world in 2012.

Mr Falciani says it’s crucial that there are people who, “speak the truth and point out systemic problems,” and believes that banks such as his former employer HSBC, “have created a system for making themselves rich at the expense of society, by assisting in tax evasion and money laundering.”