Did Brian Williams lie about events in Lebanon-Israel 2006 war? 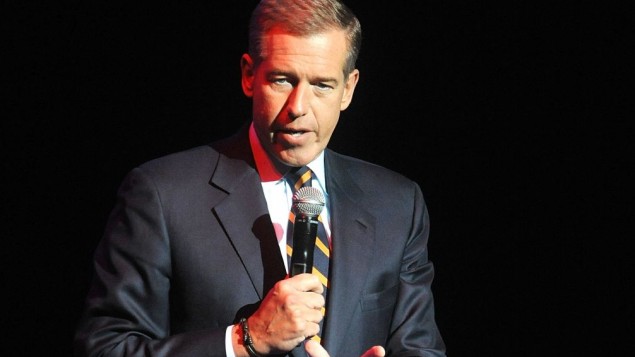 Brian Williams says he’s temporarily stepping away from his nightly newscast amid questions about his credibility
Share:
NBC News anchor Brian Williams is being questioned over the accuracy of his reporting, including his claim that Hezbollah rockets exploded under his helicopter.

NBC News anchor Brian Williams certainly has placed himself in dangerous situations in covering wars and natural disasters over the years. But how much danger? With Williams, the answer varies.

In addition to statements about his reporting from Iraq and New Orleans during Hurricane Katrina that are under review by NBC, Williams has given varying accounts of the risks he faced in reporting on Israel’s war with the Lebanese militant group Hezbollah in 2006.

In a 2007 interview, Williams described a close encounter with rockets fired by Hezbollah as he flew over northern Israel in an Israeli military helicopter.

“There were Katyusha rockets passing just beneath the helicopter I was riding in,” he told a student interviewer from Fairfield (Conn.) University that year.

But Williams didn’t mention that in his own account of the helicopter trip, written on an NBC News blog in July the previous year.

Williams initially described seeing Hezbollah launch Katyusha rockets at Israel that hit the ground shortly before he got there, but later said the Israeli military helicopter accompanied by “a high-ranking general in the Israeli Defense Forces” in which he was riding passed directly above the rockets, giving the appearance that he was in greater danger.

“In a Blackhawk helicopter at 1,500 feet, we are flying over the northernmost part of Israel,” Williams wrote on the NBC News blog in July 2006. “Over the constant air traffic control radio traffic in Hebrew, we learn there is activity on the ground right below us.

“‘They’re having some shelling right now,’ the pilot tells me. ‘They landed about 30 seconds ago.'”

Williams wrote that the pilot reported “some shelling right now . . . They landed about 30 seconds ago.”

Williams wrote that he noticed “trails of smoke and dust” where rockets had landed in the countryside. “Then,” he wrote, “I noticed something out the window. From a distance of six miles, I witnessed a rocket launch. A rising trail of smoke, then a second rocket launch, an orange flash and more smoke — as a rocket heads off toward Israel.”

The description suggests that Williams’s helicopter was near the rockets but does not claim the weapons were flying “just beneath” his airborne vehicle.

The anchorman offered more details a few weeks later in August 2006, during an appearance on “The Daily Show.”

“Here’s a view of rockets I have never seen, passing underneath us, 1,500 feet beneath us. And we’ve got the gunner doors on this thing, and I’m saying to the general, some four-star: ‘It wouldn’t take much for them to adjust the aim and try to do a ring toss right through our open doors, would it?’ ”

He ended the interview by telling Stewart, “Anytime you want to cross over to the other side, baby, travel with me.”

But in a visit to Fairfield University in Connecticut in 2007, Williams told a student interviewer for the university’s News64 that the attack came closer than that, saying: “There were Katyusha rockets passing just beneath the helicopter I was riding in.”

In other tales of danger in which he was a protagonist, there also tend to be variations. His story about traveling in a U.S. Army helicopter at the start of the Iraq war changed gradually over the years until Williams said the aircraft was attacked with gun and rocket fire and forced to make a hasty landing. He said the pilot of the craft was wounded in the attack and received a Purple Heart.

But that story was disputed by soldiers who said Williams’s helicopter was never attacked and the crew was not hurt. It set in motion a rapid chain of events. Williams apologized and then voluntarily took himself off his top-rated broadcast, “NBC Nightly News with Brian Williams,” for an unspecified period, saying the controversy about his remarks had become a distraction.

NBC says it is reviewing Williams’s statements. It has not announced any disciplinary action.

On Sunday, people at NBC said Williams will not appear on David Letterman’s talk show on CBS as previously scheduled on Thursday. Williams did not want to appear on that show while he was off the job at NBC, they said.