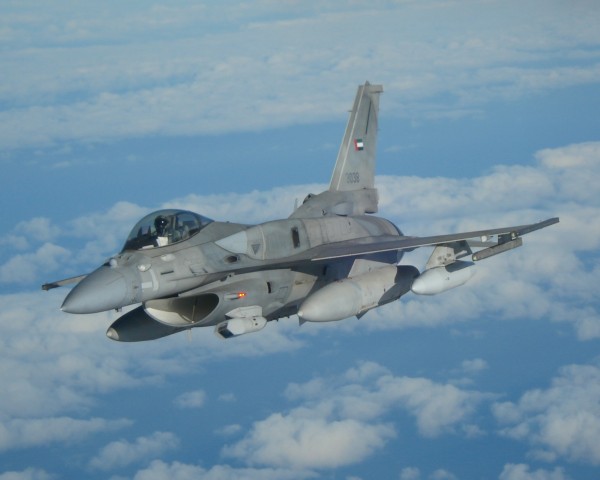 The United Arab Emirates said Saturday it ordered a squadron of F-16 fighters to Jordan, which an official said would participate in airstrikes on the Islamic State group after the UAE earlier suspended its involvement.

The UAE fighter jets will participate in airstrikes on Islamic State targets, said a Jordanian official who spoke on condition of anonymity because he was not authorized to speak about the issue to journalists.

The UAE announcement, carried by the state news agency WAM, did not say what role the Emirati warplanes would play. An Emirati official declined to elaborate.

Both countries are members of a U.S.-led military coalition against the militants.

Late last year, the UAE suspended its airstrikes after a Jordanian pilot crashed over northern Syria and was captured by the militants, U.S. officials have said. The UAE, which hosts air bases used by American and coalition partners, has not commented on suspending its strikes.

The militants recently released a video showing them burning the Jordanian pilot, Lt. Muath al-Kaseasbeh, to death while he was trapped in a cage. The images angered Jordan and the region.

Jordan has pledged harsh retaliation and said it would intensify strikes on Islamic State group targets. Starting Thursday, Jordanian jets have carried out daily attacks, according to the military and state media.

Jordan’s interior minister, Hussein al-Majali, told the state-run al-Rai newspaper in comments published Saturday that Jordan will go after the militants “wherever they are.”

The most recent airstrikes are “the beginning of a continued process to eliminate them and wipe them out completely,” he said of the militants who control about a third of neighboring Syria and Iraq.

The minister said security services have a tight grip and are ready for “anyone who wants to interfere in the security of Jordan.” He urged Jordans to report suspicious behavior, particular in neighborhoods with large numbers of non-Jordanians.