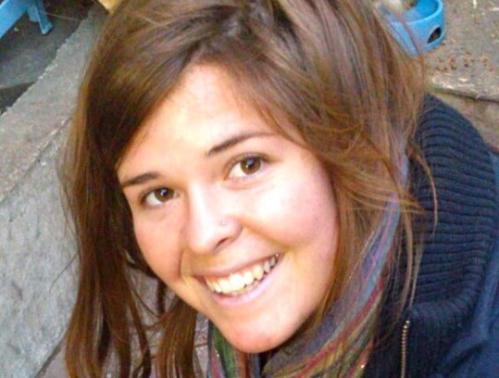 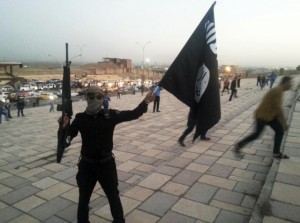 The Islamic State group claimed on Friday that a female American hostage had been killed in an air strike in Syria by the US-led coalition.

In a statement posted on jihadist websites, IS said the woman was buried beneath the rubble after a raid by a Jordanian warplane in Raqa, the self-proclaimed capital of the militant group.

“The plane from the crusader coalition bombed a position outside the city of Raqa after Friday prayers,” it said.

“No fighter was wounded but we can confirm that an American hostage was killed in the strikes.”

The statement did not show any pictures of a body and there was no independent confirmation of her reported death.

IS jihadists have seized swathes of territory in Iraq and Syria, ruling with a brutal version of Islamic law.

The group has murdered both locals and foreigners, including two US journalists, an American aid worker, two British aid workers, two Japanese hostages and a Jordanian pilot.

Jordan, one of several Arab countries in the US-led coalition, vowed a harsh response after IS released a gruesome video this week showing the burning alive of airman Maaz al-Kassasbeh.

Kassasbeh was captured by IS in December after his F-16 crashed in Syria while on a mission against the Sunni extremists.

In Washington, U.S. officials said they could not confirm that the woman, who has been identified as 26-year-old aid worker Kayla Mueller of Prescott, Arizona, had been killed.

Mueller was the last-known American hostage held by Islamic State, which controls wide areas of Syria and Iraq and has executed five British and American aid workers and journalists in recent months.

A representative in the United States of Mueller’s family said the family had no information on Islamic State’s statement that she had been killed.

State Department spokeswoman Marie Harf told reporters during a briefing in Washington, “I cannot confirm those reports in any way.”

The White House said it was “deeply concerned” over the report but that it had not seen “any evidence that corroborates ISIL’s claim,” using an acronym for the group.

Islamic State, in a message monitored by SITE, said Mueller died when the building in which she was being held outside Raqqa, a major stronghold of the group, collapsed in a Jordanian air strike on Friday.

“The air assaults were continuous on the same location for more than an hour,” Islamic State said, according to SITE.

Reuters and other Western news organizations were aware that Mueller was being held hostage but did not name her at the request of her family members, who believed the militants would harm her if her case received publicity.