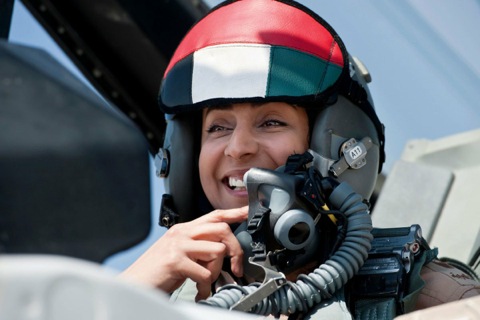 The United Arab Emirates dropped out of the group of countries conducting airstrikes against IS targets in Syria in December, the officials said. They spoke Wednesday only on condition of anonymity because the move has not been announced and they were not authorized to speak on the record.

Even after the UAE stopped flying the missions, the U.S. military has continued to state in daily news releases about the air campaign that the UAE is among coalition partner nations “conducting airstrikes in Syria.”

The New York Times was first to report the UAE’s decision to stop conducting airstrikes.

Beaten, caged, and burned alive, Muath al-Kasaesbeh, a Jordanian pilot engaged in the global mission against Islamic State, was the latest victim of the Islamic State .

Kasaesbeh’s plane crashed over Syria in December, and Jordan has tried to negotiate his release ever since. Officials in Amman sought proof that Kasaesbeh was still alive before meeting an Islamic State demand to release one of its own.

Jordan is one of some 60 countries involved in the coalition against Islamic State. But its position is particularly vulnerable: The kingdom must defend itself on two fronts – its borders with Iraq and Syria – both occupied by the terrorist organization.