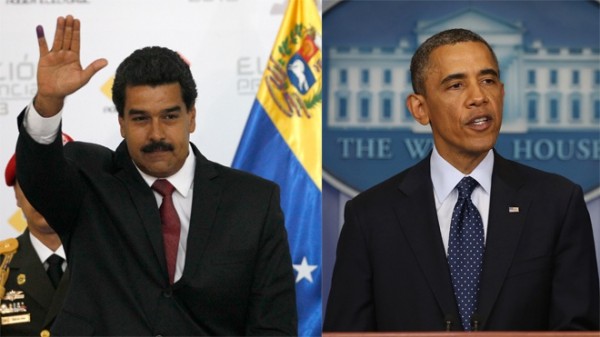 The United States on Monday imposed visa restrictions on current and former Venezuelan officials involved in alleged human rights abuses and on people believed responsible for public corruption in the oil-exporting country.

“We are sending a clear message that human rights abusers, those who profit from public corruption, and their families are not welcome in the United States,” the U.S. State Department said in a statement. It said it would not identify the targets of its action because of U.S. visa confidentiality regulations.

The restrictions are the latest sign of the strained relations between Washington and Caracas.

U.S. diplomats have said the restrictions would be imposed mainly on Venezuelan security officials who put down protests last year in which 43 people died, including demonstrators, government supporters and security officials, and that they could affect immediate family members.

In a speech later on Monday, Venezuelan President Nicolas Maduro slammed the restrictions.

“We can’t let an empire that has been eyeing all of us … pretend or think it has the right to sanction the country of Bolivar,” Maduro roared, referencing Latin American liberation hero Simon Bolivar.

He said he would write to Obama to make his point.

Venezuela’s socialist government has long accused Washington of seeking to destabilize its rule to gain control of the OPEC country’s oil. Relations worsened after the administration of former U.S. President George W. Bush applauded a botched coup in 2002 against the late President Hugo Chavez.

Despite diplomatic tensions, Venezuela has remained one of the top suppliers of oil to the United States.

On Monday, Maduro accused Biden of telling leaders of Caribbean nations that the Venezuelan government’s days were numbered and that they should ready themselves for the end of Petrocaribe.

Petrocaribe, created by Chavez, allows countries in the Caribbean and Central America to finance oil and fuel purchases at advantageous rates. Maduro insists the program will be maintained, though volumes dropped in 2013 to their lowest level in five years.