Both Israel, Hezbollah signal their flare-up is over 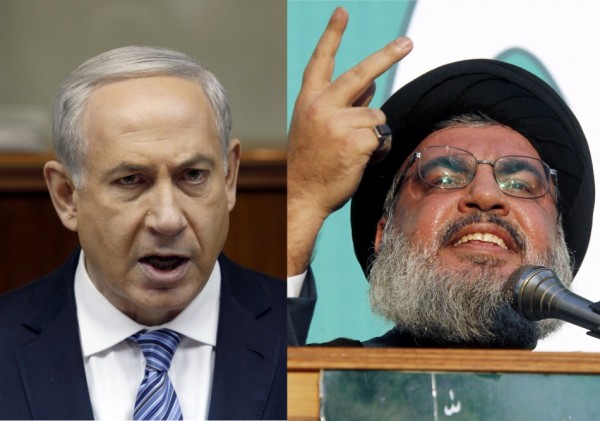 Israel and Hezbollah signaled on Thursday their rare flare-up in fighting across the Israel-Lebanon border was over, after the Lebanese guerrillas killed two Israeli troops in retaliation for a deadly air strike in Syria last week.

Israel said it had received a message from UNIFIL, the U.N. peacekeeping force in Lebanon, that Hezbollah was not interested in further escalation.

In Beirut, a Lebanese source briefed on the situation told Reuters that Israel informed Hezbollah via UNIFIL “that it will make do with what happened yesterday and it does not want the battle to expand”.

Asked on Israel’s Army Radio whether Hezbollah had sought to de-escalate, Defense Minister Moshe Yaalon said: “There are lines of coordination between us and Lebanon via UNIFIL and such a message was indeed received from Lebanon.”

A salvo of Hezbollah guided missiles killed an Israeli infantry major and a conscript soldier as they rode in unmarked civilian vehicles along the Lebanese border on Wednesday.

Israel then launched an artillery and air barrage, and a Spanish peacekeeper was killed. Spain’s ambassador to the U.N. blamed the Israeli fire for his death. Israel said on Thursday that its deputy foreign minister met the ambassador to voice regret at the death and promise an inquiry.

Wednesday’s clash was one of the most serious on that border since 2006, when Hezbollah and Israel fought a 34-day war. Quiet returned on Thursday, though Lebanese media reported overflights by Israeli air force drones.

Both sides appear to share an interest in avoiding further escalation.

Iranian-backed Hezbollah, which fought Israel to a standstill in 2006, is busy backing Damascus in Syria’s civil war. It may also be mindful of the ruin Israel has threatened to wreak on Lebanon should they again enter a full-on conflict.

Israel is gearing up for a March 17 general election and gauging the costs of its offensive on the Gaza Strip last year against Palestinian guerrillas, whose arsenal is dwarfed by Hezbollah’s powerful long-range rockets.

In a separate interview, Yaalon described Israeli forces on the Lebanese border as being vigilant, but not on war footing.

“I can’t say whether the events are behind us,” he told Israel Radio. “Until the area completely calms down, the Israel Defense Forces will remain prepared and ready.”

Yaalon termed Wednesday’s Hezbollah attack “revenge” for the Israeli air strike on Jan. 18 in southern Syria that killed several Hezbollah members, including a senior operative, along with an Iranian general.

Israel has not formally acknowledged carrying out the air strike, but Yaalon said it had set back Hezbollah and Iranian efforts to “open a new front” against the Jewish state from the Syrian Golan Heights.

After the air strike, Israeli army installations and civilian communities in the north hunkered down in anticipation of Hezbollah reprisals. Sightings of suspicious movement on the Lebanese side of the border had set off several security alerts.

Lieutenant-Colonel Peter Lerner, an Israeli military spokesman, said Hezbollah fired Kornet anti-tank missiles in Wednesday’s attack from 4-5 km (2-2.5 miles) away – an extreme range for the weapon that apparently lent the launchers the element of surprise.

Lerner linked Hezbollah’s tactical skill to its Syria intervention: “This should not come as a great surprise given that they have gained so much live combat experience over the past two years.”

UNIFIL officials did not immediately confirm or deny passing messages between Israel and Hezbollah. UNIFIL says it has no contacts with Hezbollah but is in touch with the Lebanese government, of which Hezbollah is a part.

During Wednesday’s flare-up, Israeli troops launched a search for suspected tunnels that Hezbollah might use to send in guerrillas for a cross-border attack – a tactic employed by Palestinian Hamas fighters during the 2014 Gaza war.

“No tunnels have been found so far,” Yaalon told Army Radio.