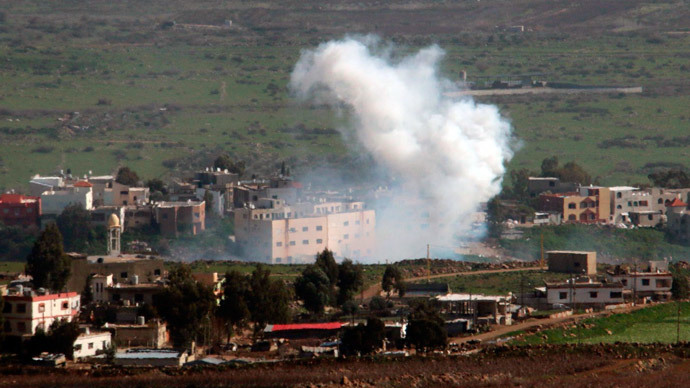 2 Israeli soldiers were killed and seven wounded by an anti-tank missile attack near the Lebanon border Wednesday — an escalation in border violence that also left a U.N. peacekeeper dead.

Israel Defense Forces responded to the attack by firing at least 30 shells into Lebanon. Live television pictures showed smoke rising from the area.

Hezbollah claimed responsibility for the attack. In a statement, the militant Islamist group said its attack was carried out by a division calling itself the “Heroic Martyrs of Quneitra” — a reference to an Israeli airstrike on the Golan Heights on Jan. 18 that killed six Hezbollah fighters.

Israel’s Prime Minister Benjamin Netanyahu said: “We will not let terrorists to disturb our life and threaten our security. We know how to react very strongly against anyone who challenges us.”

IDF spokesman Peter Lerner said one of its vehicles was “attacked with anti-tank missiles on Mt. Dov, near Rajar” and that civilians were being evacuated from Mt. Hermon “following mortar fire at military positions in the area.”

“We have responded to Hezbollah’s escalation … IDF will continue to operate in order to safeguard Israel,” he said.

In addition to the Israeli troops, a male peacekeeper with the U.N. Interim Force in Lebanon was killed near the Lebanon-Golan Heights border, UNIFIL spokesman Andrea Tenenti told NBC News.”We are still checking information about the circumstances of his death,” he said.

“Anyone who tries to challenge us in the north should look at Hamas [which] was dealt the hardest blow it has received since its creation,” Netanyahu added in a statement issued through his spokesman.

Defense Minister Moshe Ya’alon convened a security briefing in the wake of the attacks, Haaretz reported, and residents in the Israeli city of Metuala and surrounding areas were instructed to remain indoors.

The Israel-Lebanon border has been largely quiet since a monthlong war in the summer of 2006.