Syria talks in Moscow: Expectations of a breakthrough are low 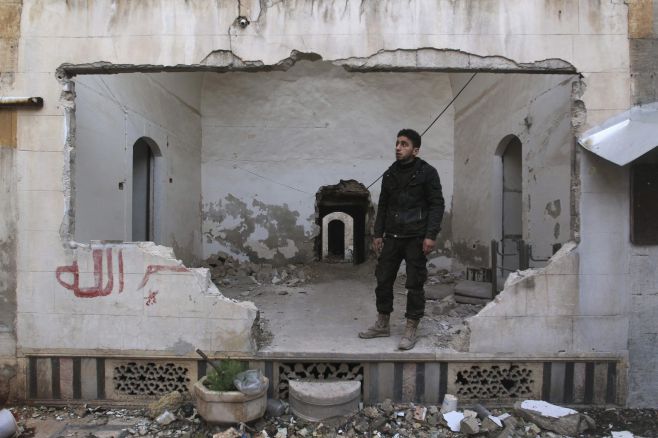 A rebel fighter stands inside a damaged room near the frontline against forces loyal to Syria’s President Bashar al-Assad in Aleppo, Jan. 8, 2015.
Share:

Members of the Syrian opposition meeting in Moscow on Monday said they aimed to work out common demands to present to the Damascus government when its representatives join them later this week in an attempt to revive peace efforts.

Expectations of a breakthrough are low. The talks have been spurned by key political opposition and do not involve the main insurgent groups fighting on the ground nearly four years into the war in Syria.

Opposition members who refused to attend cited Moscow’s long-standing backing for Syrian President Bashar al-Assad as their main reason, saying the talks were aimed at propping up the man they want to leave power.

Many of the more than 30 opposition figures attending are from a Damascus-based official opposition tolerated by Assad and are viewed as traitors by his armed enemies in the conflict, which has killed more than 200,000 and displaced millions.

Habbo said through a translator: “Russia is an ally of the regime and an important player in the conflict. We hope they will hear our views and help put pressure on Assad.”

He said the opposition would seek progress on alleviating the plight of civilians and freeing political prisoners.

Even the Russian hosts laid out modest expectations for the talks, due to be joined by Syrian government representatives on Wednesday.

At the talks on Monday, Fateh Jamous, a Syrian communist now allied with Qadri Jamil, a former government official who joined opposition ranks, said: “I think we will agree to continue talks despite the differences … agree a framework for future talks.”

But the fate of Assad remains a major sticking point in the conflict, in which Islamic State militants now control large swathes of Syria and neighboring Iraq.

Asked about the Moscow talks, Assad told Foreign Affairs Magazine: “What is going on in Moscow is not negotiations about the solution; it’s only preparations for the conference.

“I wouldn’t say I’m pessimistic. I would say we have hope, in every action.”