Shots fired at U.S. Embassy personnel in Yemen, no injuries 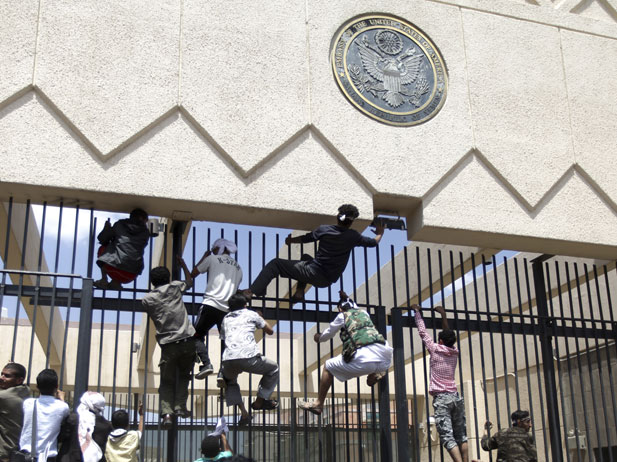 Shots were fired at a U.S. Embassy vehicle Tuesday in Sana, Yemen, the embassy reported.

The unidentified shooters first fired into the air, then at a vehicle in which U.S. diplomatic personnel rode at a nearby checkpoint, an embassy statement said, adding no one was injured. The incident comes as Yemen, a key U.S. ally in the conflict with al-Qaida, is a battleground between government and rebel forces.

Clashes in the capital killed nine and injured 67 Monday before a ceasefire was declared, the Yemeni Health Ministry announced. The rebels, who seized Yemeni state television and the official SABA news agency, are Houthis, Shiite Muslims who regard themselves as marginalized by Yemen’s Sunni government.

The U.S. State Department told NBC News Monday there are no plans to evacuate the embassy in Sanaa, and military officials added there was no imminent threat to those within the embassy.