Returned jihadists are “walking time bombs”, warns mother of one 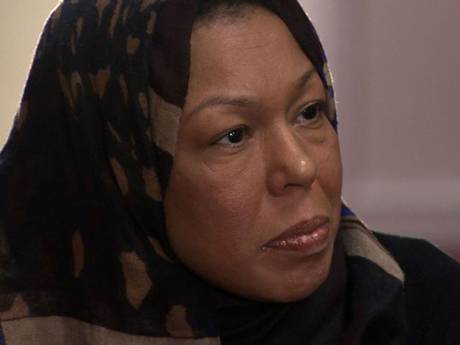 By Zack Adesina, Vivek Chaudhary
The woman – who travelled to Turkey to fetch her son after he became disenchanted with Isis – has agreed to be named and pictured for the first time to raise alarm about the lack of assistance provided to young Britons who return to the UK from Syria.

While her son, James, has now rejected terrorism, Linda warns that hundreds of other returned jihadists – radicalised but scarred by their experiences in Syria – are “walking time bombs” because of the lack of support offered by the British authorities.

She tells BBC’s Inside Out London programme tonight that her son has been left traumatised and occasionally violent because of his experiences in Syria – but despite repeated requests she has not received any help from government agencies.

James suffered bullet wounds while in Syria and Linda claims he is not still able to fully talk about what he witnessed. She believes that he could be suffering from post-traumatic stress disorder.

Linda, a 45-year-old single mother from north London who converted to Islam along with James two years ago, says: “It’s been difficult for him to go through that experience and then rejoin society. When he came back he had nightmares and he’d sometimes wake up sweating and sort of reliving the traumas and feeling like he was still there. He would have sudden flashbacks in the daytime, so his mood would change very suddenly.

“He was in a war zone where people were being killed, people were experiencing horrific things. He himself got wounded. I can see that sometimes he is physically traumatised by things and I don’t know exactly what they are and I feel quite helpless. I think that he may have post-traumatic stress disorder.”

Linda, who wants to be known only by her first name, initially spoke to Inside Out three months ago but refused to show her face. She spoke about how she travelled to the Turkish-Syrian border to help bring James, aged 21, back last February. He left London for Syria in October 2013.

After months out of contact, he got in touch by phone to say that he wanted to return to Britain but did not know how. Linda travelled to the Turkish town of Adana where she guided James across the border from Syria using her iPhone.

Revealing herself on camera for the first time, she says: “There’s no point in us as a society denying the presence of all these people that are coming back because they are coming back and ignoring the problem isn’t going to make it any better. I feel if these people are just left unattended, not helped, not supported, the potential to society could be devastating. They could become a walking time bomb.”

Referring to the Paris attacks, she says: “It is scary times when things like this can happen. It is quite worrying that there’s all these young men returning from these situations and I think that without the right provisions and right care, we could be risking an incident like what happened in France. We do as a society need to address these issues.”

Around 300 jihadists have returned to Britain and MI5 claims they pose the biggest threat to national security. Crown Prosecution Service figures show that only six have been convicted of terrorism.

The Government has a number of deradicalisation programmes in place, such as Channel, a multi-agency approach, but not all returning jihadists are offered places. A spokesman for the Home Office said that it could not comment on individual cases.

Linda tells the programme: “The Government are aware that he went. Everyone has been informed and nobody’s been forthcoming with any kind of offer of support. I went to various places to get him help but they’ve just said, ‘you know, there’s nothing we can do.’”

She reveals that at times she has felt like a prisoner in her own home because of his emotional state.

She tells the programme: “I have to be very careful around him about what I say and do. I don’t want to upset him. It’s still a very sensitive subject. At times, I’ve been left scared in my own home. I’ve had to be his friend. I’ve had to be like a counsellor. Since he’s been back he’s needed a lot of care and attention and a lot of support.

“It’s been difficult for him to get any empathy and understanding from anyone else.”

When asked if James deserves any sympathy, she insists that he poses no danger to British society – and warns there could be serious consequences if returning jihadists are not helped.

“It’s not about the problem here, it’s about the solution and I don’t want my son to actually go crazy or become mentally unwell because of what he’s been through.”

She adds: “I am worried about this, not with my son, he’s not dangerous.

“He no longer agrees with terrorism. What worries me is the situation as a whole. Those kids who return and don’t have supportive parents like me.”

Linda says her family and friends have turned their backs on her and James, increasing her feelings of isolation and difficulties in coping with him.

She believes that he was radicalised through a combination of the internet and “people that he spoke with”.

Linda adds: “My son’s mildly autistic and that made him extra vulnerable. He was quite gullible and went into the situation very quickly without really thinking about what he was doing.

“In a way I feel guilty and I’ve gone over it in my mind many times of all the things that I could have done to avoid it from happening. But as a parent I feel like I’ve been a victim of this, rather someone to blame.”

In the programme, Linda is also filmed talking to Dr Usama Hasan, a London-based imam who campaigns against religious extremism, to try and get a better understanding of what James might be going through.

As a teenager he abandoned his studies at Cambridge to become a jihadist in the Afghan civil war.