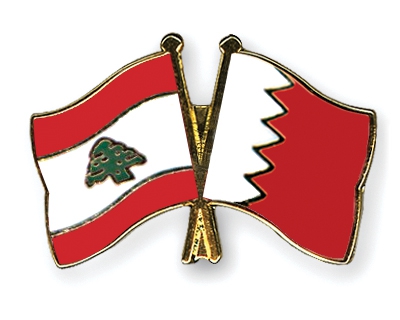 Last week Nasrallah compared in a televised address Bahrain to Israel, triggering a wave of angry protests from Bahrain, the Gulf Cooperation Council (GCC) , UAE and the Arab League.

On Sunday, Bahrain’s foreign ministry summoned the Lebanese Chargé d’Affaires Ebrahim Elias Assaf and informed him of the need to take deterrent legal action towards such acts. The UAE also formally protested against Nasrallah’s remarks.

On Wednesday, GCC Secretary-General Abdul Lateef Al Zayani summoned the ambassador of Lebanon in Saudi Arabia Abdul Sattar Eisa and handed him a protest memorandum over the “hostile, irresponsible and violence-inciting statements that are a flagrant meddling in Bahrain’s internal affairs.”

The next day, the 22-nation Arab League called on the Lebanese government to take a clear position on Nasrallah’s comments.

GCC countries have designated Hezbolloh as a terrorist organization for incitement of violence and terrorism.

Lebanon’s Foreign Minister Gebran Bassil who dismissed the Arab League statement as interference in Lebanon’s internal affairs on Thursday told Al Nahar daily that the statement( by Nasrallah ) against Bahrain did not reflect the stance of the Lebanese government and that his country supported the principle of the Arab League not to interfere in the domestic affairs of other countries.

“The remarks against Bahrain do not represent the stance of the Lebanese government or its policy. It also does not reflect the political side that I represent,” said Bassil in an interview to An Nahar daily on Saturday.

Bassil represents the Free Patriotic Movement which is headed by his father-in-law MP Michel Aoun, a close ally of Hezbollah .

He emphasized that Lebanon’s stance does not differ from that of the Arab countries, which stressed the necessity not to meddle in the affairs of the Gulf country.

“We do not want to meddle in the affairs of Bahrain, and we do not object to its request for that. We totally understand its demand that no one intervenes in its affairs but we believe that any issue concerning it or any other Arab country could have been discussed with the Lebanese government without the need for a statement by the Arab League,” said Bassil.

Bassil who denounced the reaction to his statement saying, “Out of national unity, I object to the statement issued by the Arab League which was interpreted as a statement against Lebanon and against part of the Lebanese.

Bahrain’s Foreign Minister Shaikh Khalid Bin Ahmad Al Khalifa was quick to react by tweeting that Lebanon had a moral duty to stand by those that supported it.

“The Arab League statement towards the terrorist Nasrallah is clear, like the daylight,” the Bahraini FM posted on his twitter account. “Lebanon has to stand by its brothers the way they have always done with Lebanon through good and bad times. The Lebanese delegation to the Arab League meeting preferred to stick to a phony national unity rather than support the Arab solidarity that had saved it from strife and never had hesitated to stand with it.”

In another tweet, Bahrain’s FM said that “Lebanon is a great country that was once ruled by outstanding people such as Bechara Al Khoury, Camille Chamoun, Saeb Salam and Rafik Hariri.”

“However, today unfortunately, it is controlled by a terrorist agent,” he said, in reference to Nasrallah.

Lebanon’s Interior Minister Nuhad Al Machnouq , who represents the Future Movement in the government insisted on the need to apologize to Bahrain over the remarks and to avoid any form of tension with the GCC.

“There are three things that I would like to clarify,” he told Al Nahar daily. First, the secretary general of Hezbollah does not speak on behalf of the state or the government; second, Bahrain has been an Arab country for centuries, and third, I consider an apology to Bahrainis as a duty, based on the deep-rooted relations between our two countries,” he said.

Lebanon’s Labour Minister Sajaan Qaziawho represents the Phalange party in the cabinet said that “Lebanon can distance itself from the problems in the region, but it cannot remain passive and not take a position towards a Lebanese group that interferes in the affairs of the region,” Al Nahar reported , in reference to Hezbollah interference in the Syrian civil war .

“We must object to these remarks because they are not acceptable, and comparing Bahrain to Israel, the historic enemy of the Arabs for decades, cannot be tolerated regardless of how deep political differences are,” he said. “We have to take into consideration the hundreds of thousands of Lebanese who live in the Gulf and who contribute effectively to its societies and at the same time benefit from them. Even the large remittances from the Lebanese expatriates have a significant role in sustaining the Lebanese economy. Making political statements that do not take such facts in consideration is not helpful at all” he said.

Prime Minister Tammam Salam Saturday sought to end the week-long controversy by stressing the remarks did not represent the position of Lebanon.

“Any remarks made by a Lebanese political faction against Bahrain do not represent the official position of the Lebanese government,” Salam said in a statement released by his media office.

Lebanon’s official position on regional and international issues can only be voiced by the Lebanese government, he emphasized.