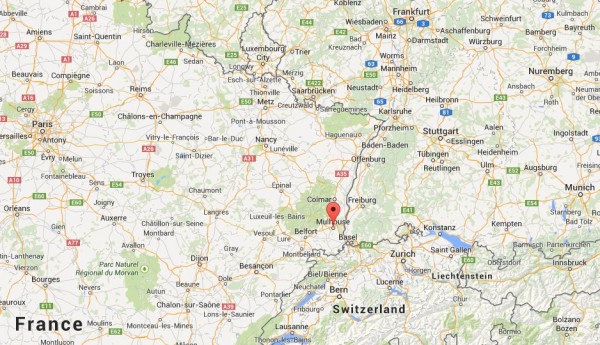 A teacher in France has been suspended after he showed his class graphic cartoons from Charlie Hebdo.

The middle-school level visual arts teacher forced his students to look at an image from the satirical magazine that depicted a naked Muhammad, Le Monde newpaper reports. The 13- to 14-year-old students in Mulhouse, a town in western France on the French and German border, were not amused.

“You have to look at that,” he told the students January 8, Le Parisien reports. That was the day after two terrorist shot dead 12 at the Charlie Hebdo offices in Paris, which had a history of publishing comics that depict the Prophet Muhammad, an act offensive to some Muslims. The magazine has also viciously satirized other religions and races.

“That offends me,” one student said, according to Le Monde.

Things then took a “violent” and “aggressive” turn. According to multiple reports he said, “I am the head of my class. I am in charge here… you can take out your Kalashnikov.”

A Kalashnikov is a machine gun more commonly known as an AK-47.

The teacher in question has been suspended for four months and the adminstration has launched an investigation. The college (the French equivalent of middle school) has said the suspension does not mean they believe he is 100 per cent guilty and that they need to better understand both sides of the story and all the facts.

The teacher doesn’t contest that he showed the images, but what happened after the fact.

The news comes after hundreds of reports students in separate incidents across France interrupted a national moment of silence in honour of the Charlie Hebdo victims as a sign of protest of the magazine’s sometimes blasphemous content.