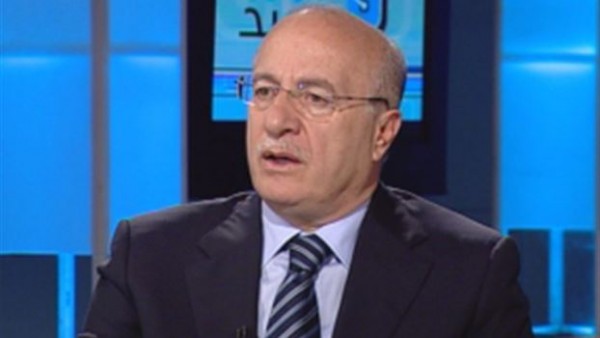 Former MP and minister Dr. Ghattas Khoury appeared in The Hague as a witness on Thursday before the Special Tribunal for Lebanon to testify on the period that preceded and followed the extension of the term of former Lebanese President Emile Lahoud.

Khoury, who was an advisor to the slain Prime Minister Rafik Hariri and who opposed Lahoud’s term extension , spoke of how the Syrian regime influenced political life in Lebanon and how Syria undermined the Lebanese constitution in 2004 in order to extend Lahoud’s term in office.

He also told the court about the threats on his life by the Syrian regime.
“Your husband is on the road to get to Diman. Tell him to go home in a coffin. »
This is one of several telephone threats made by an agent of the Syrian regime to his wife.

Mr. Khoury described to the court the tense security climate that prevailed before the February 14 assassination of Hariri .

He also briefed the court about the last meeting Hariri had with Bashar al Assad prior to the extension of Lahoud’s term in which the Syrian president threatened to destroy Lebanon if Lahoud’s’ term was no extended :

“I will destroy Lebanon over your head and Jumblatt’s head if Lahoud’s term not extended “, Assad told Hariri according to Khoury

Progressive Socialist party leader Walid Jumblatt strongly opposed Lahoud’s term extension and his parliamentary bloc was one of the very few that voted against it in the parliament.

For several hours, he recounted the intimidation practiced by the Damascus regime toward the Lebanese officials, citing the hegemony the Syrian regime de facto exercised over Lebanese institutions .

Hariri’s relationship with the the Syrian regime and its Lebanese allies continues to be a key concern for STL , as prosecutors seek to find a political motive for the former leader’s assassination.

Five Hezbollah members accused of complicity in the attack are being tried in absentia at The Hague-based court.

Khoury’s testimony is part of a broader arc of the trial examining tensions between Hariri and the Syrian leadership and its allies in Lebanon.

The STL has been hearing the testimonies of a number of witnesses who were close to Hariri in the months preceding the assassination.