Zeina and Huda storms wreck havoc in the Middle East 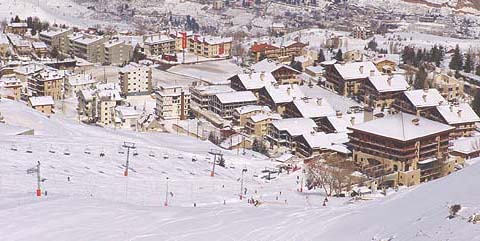 Several countries in the Middle East are bracing for cold weather this week, with snow storm“Zeina,” in Lebanon and “Huda,” in Jordan  expected to hit both countries and  the Palestinian territories.

In Lebanon fierce winds wrecked  havoc in several  regions on Tuesday as Storm Zeina arrived in full throttle at the eastern basin of the Mediterranean Sea.

Snow crowned the mountains and many roads are blocked. Authorities have urged people to “drive carefully and not take any mountain roads before checking on their status

In the coastal area  seawater seeped into some restaurants and destroyed fishermen boats in coastal areas.

“The situation is disastrous in the Jenah area ( south of the capital Beirut)  and seawater has destroyed everything at the shore,” Future TV reported on Tuesday.

Speaking to the same TV network, the head of the fishermen’s syndicate said “most boats were smashed ” by the violent  winds.

“We urge the mufti, the Higher Relief Commission and the state to help us, because Jenah has turned into a disaster area,” he added.

State-run Traffic Management Center reported that high waves stormed some  of the restaurants at the Jebeil Port.

In the north, power supply and telephone services were cut off in the Batroun area, according to the National News Agency.

In the south Lebanese city Tyre ( Sour) , winds damaged crops and citrus and banana groves, uprooting several greenhouses, as activity was suspended at the  city’s port due to high waves.

The storm will continue to wreck  havoc in Lebanon over the coming few days, according to a report by the meteorology department at the Rafik Hariri International Airport.

Gusting winds will reach a speed of a 110 km/hr ( about 70 mph) , especially in mountainous regions, the department said, urging citizens to exercise  caution.

In Jordan, people are storing food and fuel in anticipation of possible closure  of main roads and stores during the storm, according to local reports.

The country’s Petra News Agency has said that “a tangible drop in temperatures is expected on Wednesday, and it will be very cold, cloudy and rainy in the northern and central parts of the country extending gradually to other regions.”

On Thursday and Friday, temperatures in the capital Amman are expected to fall below 40 degrees Fahrenheit (5 degrees Celsius), according to the Weather Channel. Snow is expected to accumulate between 1-3 inches (2.5-7.6 centimeters).

Last year, meteorologists in the region reportedly agreed to name winter storms after Arab names .” Jordan is referring to this week’s  storm as “Huda” (the right path) and Lebanon is referring to it as “Zeina” (beautiful).

Turkish Airlines (THYAO) canceled 44 flights and Israeli authorities prepared to close the main highway to Jerusalem as the cold front threatened to bury parts of the Middle East in snow.

Schools were closed in Istanbul and many of the ferries that connect Turkey’s Asian and European sides were stopped because of choppy waters in the Bosporus strait, the governor’s office said. Nine-meter (30-foot) waves crashed against Tel Aviv’s Mediterranean coast as the nation braced for a massive storm .

The snow also blanketed the Palestinian cities of Bethlehem and Ramallah, while flooding in the streets led many Gaza City residents to flee their homes in boats.

ISF closed the Faraya-Kfarzebian road for all traffic except urgent cases to ensure the safety of citizens.

The storm has intensified in Tripoli, especially in the Jabal al-Beddawi area, where it uprooted trees and dozens of shop banners and destroyed the facades of some stores.

Private schools in Batroun will be closed on Wednesday due to the storm.

Rafik Hariri International Airport  in Beirut  suspended all  flights  due to the storm  , later  resumed some according to NNA,

Jbeil mayor  Ziad Hawat was quoted as saying: “Jbeil’s historic port is facing the threat of collapse due to the storm and the relevant officials at the ministries of culture and public works are not responding to our calls.

Some trees were uprooted by  the  storm in Koura, which caused traffic accidents, destroyed some balconies and greenhouses, and cut off power supply to several houses.

The main Beirut  Damascus  highway in Dahr al-Baydar is only passable for SUVs  or vehicles equipped with snow chains.