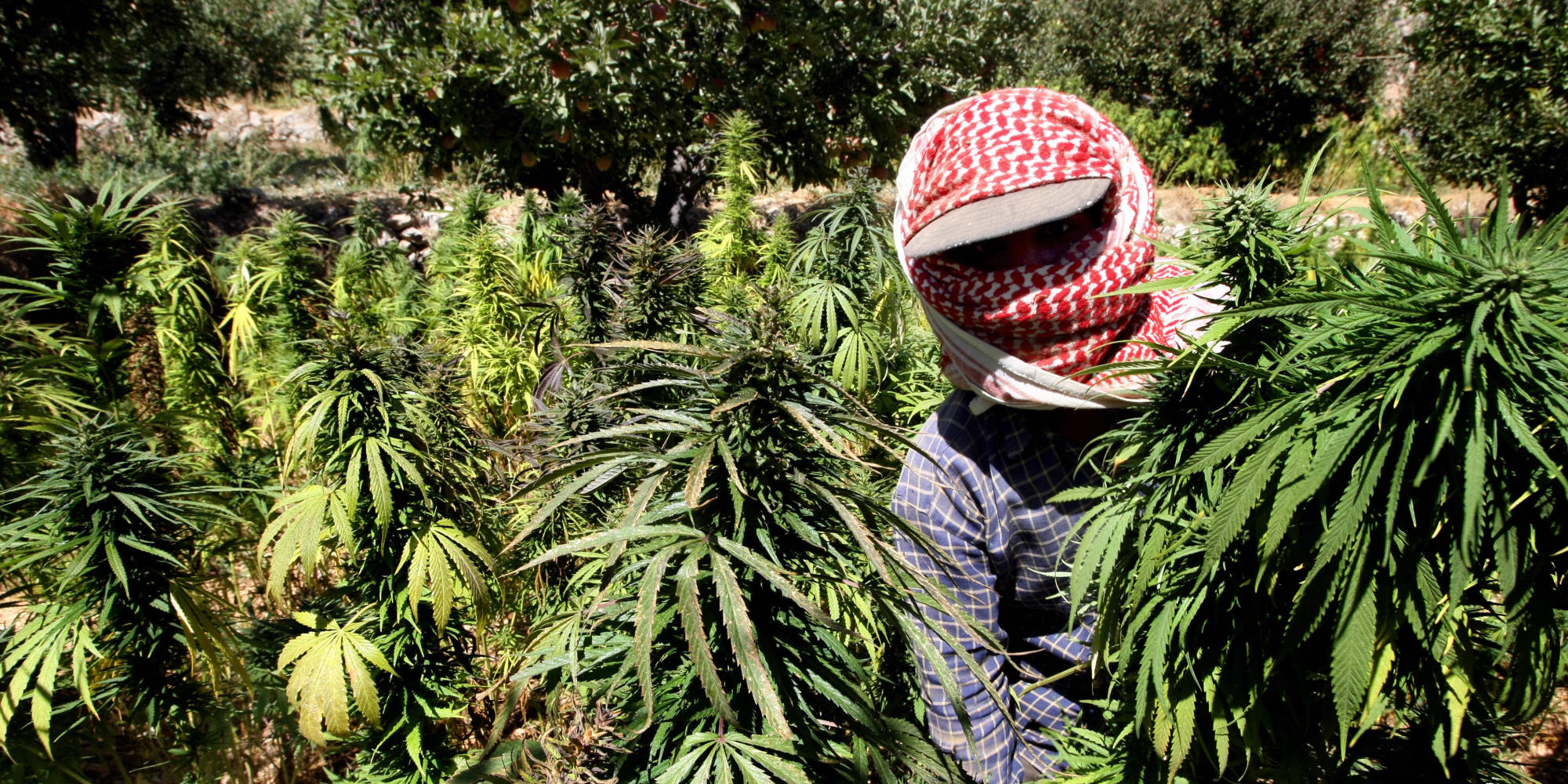 Lebanon’s new drugs kingpin, Ali Nasri Shamas, shows off three tons of hashish and says business is flourishing in the shadow of the Syrian conflict
Share:

Inside a Lebanese marijuana factory

The war in Syria has demanded Lebanese security forces to focus to stopping Syrian militant groups gaining strength in the country, enabling Lebanese farmers to make a living out of harvesting marijuana. At the start of the new century Jamal Hamieh was the drug lord of the region. Protected by a private army, Time magazine reported the lavish parties he threw for Syrian intelligence officials and New York gangsters alike.

After years of containment, the marijuana industry is once again booming in Lebanon – a direct result of the civil war in neighboring Syria. Now that role is ascribed to Ali Nasri Shamas. So confident is he of his power that he speaks on the record, and allowed the filming of the three tons of hashish in his factory – just part of the crop he has gathered this year.

For years Ali Nasri Shamas, and other Lebanese farmers saw their illegal crops burned by the government. But during the past two summers, as the army focused on stopping militant groups formed in Syria gaining strength in Lebanon, their plants have flourished unmolested.

Security forces have refrained from destroying the livelihood of the hash growers who, already armed to the teeth, could be useful partners in keeping control of this tribal part of the country.

The farmers too have grown in confidence: they have stockpiled AK47s, ammunition, machine guns and rocket propelled grenades and rallied around Mr Shamas, who has become the unofficial representative defending their trade.

As well as paying his own growers, Mr Shamas, the drug lord, has little by little bought the produce of the smaller farmers creating an empire whose economy now has hundreds of dependents.

“We are selling hashish, and if anyone from the government tries to come close to it, we’ll kill them,” said Mr Shamas, his heavily armed bodyguards standing beside the doors of two black SUV, their windows blacked out, the license plates removed.

“All of my main growers made at least half a million dollars this year,” said Mr Shamas.

The growth of Mr Shamas’ militias is also a symptom of the Syrian war: throughout Lebanon’s history, with every period of political and economic turmoil, the drugs trade has burgeoned.

After Lebanese independence the government tried to eradicate the the drug industry that had existed in the Bekaa since the Ottoman empire.

After the outbreak of the Lebanese civil war in 1975 Militias and political groups alike used the industry to fund the war: increases in global demand made pushed prices sky high and made it simply too lucrative to abolish. As well as growing opium and trafficking heroin, the Bekaa region produced 1,000 tons of cannabis year in this period, according to the agricultural co-operative in the area.

During the Syrian occupation Damascus, with American pressure, suppressed the trade for several years, before giving in to its temptations, and pampering war lords in exchange for cuts of the profits.

Even during efforts to clamp down on the business, Damascus and Beirut were accused of siphoning off money given by foreign government loans to provide alternative crops for the impoverished Bekaa region.

With no end in sight for the Syria conflict, and mounting pressure on Lebanon not to succumb to its sectarian violence, the future for the Bekaa’s hash growers appears bright.

Mr Shamas said: “The families and clans of the Bekaa have come together after they suffered hunger. They couldn’t afford diesel for heating or education for their children. It is for this that we started this confrontation with the government. Until the situation improves we will not go away.”

Inside the processing plant, hashish particles clouded the air, dancing in the rays of sunlight that streamed through the open door. A small army of Syrian workers, cloths wrapped round their mouths to limit breathing, busily separated the stems and outer leaves from the buds.

In a corner of the barn, partitioned by a plastic tarpaulin, two women carefully re-sifted the refined product, creating a fine dust-like substance soon to be crushed by a machine to make the hash lumps that are exported all over the world.

The valley has become so awash with the crop that prices have plummeted through oversupply.

But still it remains the most lucrative trade, and, mostly through trafficking it abroad Mr Shamas’ business alone brings in of millions of dollars.

Most of the drugs are going to countries in the region, including to Syria and Egypt. But some is also reaching Europe.
Lebanon’s hash helps stock cafes in Holland, where the drug is legal, and some of it has found its way to Britain, farmers said.

Mr Shamas, formerly a small time dealer of cocaine and other drugs in the south of the country, has grown in power in the Bekaa valley, from where his family hails, by promoting himself as a modern day Robin Hood: a man battling a corrupt government to redistribute money to a region that has been left underdeveloped for centuries.

His employees call him “the friend of the poor” to journalists.

“As you know our politicians are thieves – none of them does anything but for themselves. Their focus when in power is how much they can make their private bank accounts grow,” said Mr Shamas.

“We gave them time to reform the region, to introduce alternative industries but they did nothing. Every time we get help from overseas to this end they steal it.”

By Ruth Sherlock, The Telegraph