What Dan Carter and George Clooney have in common?

Dan Carter has something in common with George Clooney in this week’s gossip mags, with rumours surfacing that both their wives are pregnant.

Fresh from announcing he would become rugby’s best paid player, it has been speculated that Carter was expecting a second child with his wife, Honor.

Woman’s Day featured paparazzi photos of Honor, the former Black Sticks hockey player, sporting what appeared to be a baby bump as she loaded the couple’s 21-month-old son Marco into a car in Taupo.

The magazine quoted friends as saying she was already five months into the pregnancy and were amazed no-one had caught on yet.

The photos came days after Carter announced he would leave New Zealand after next year’s Rugby World Cup, committing to a three-year deal with the Paris club Racing Metro for a reported $3 million a season.

On Friday, Carter said it would be “an awesome adventure for me and my family”, a family which would have grown to four by the time they left.

“You want to make the most of that opportunity to financially set yourself up for the future,” he said. 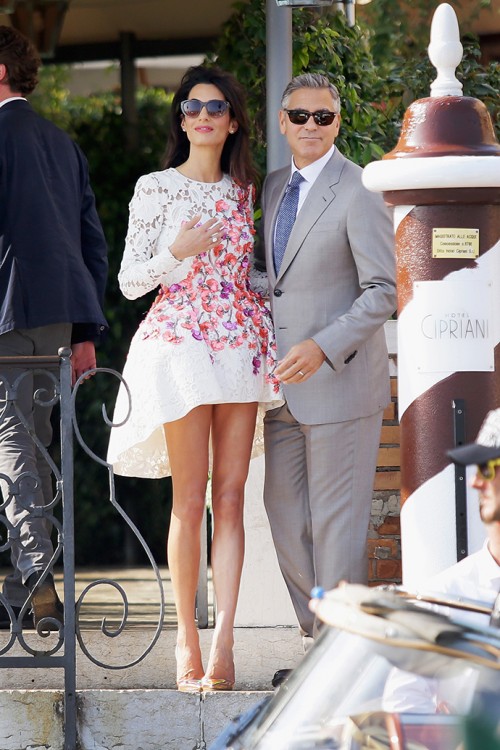 The pair married in September and have wasted little time in adding to their family, according to the magazine.

However, a quick web search will find the pair denied the rumours when the exact same photo was printed on December 8.

Woman’s Weekly have featured a story about a baby which definitely does exist, Prince George.

The magazine reported his mother, Catherine, Duchess of Cambridge, has been eyeing up battery-powered children’s cars for him to zoom around in at Christmas.

Top of the list was a black Lamborghini costing $600, with a top speed of 5kmh.

Woman’s Weekly also had an interview with the son of the victim of the Black Widow, Helen Milner.

Milner was found guilty of the 2009 murder of Ben Porter’s father, Phil Nisbet.

Porter’s mother, Karen, told the magazine her son had gone into hiding as he feared Milner might try get someone to kill him.

Milner’s son, Adam Kearns, was arrested in November and had a gun in his possession. He said he had it because Milner had put a hit out on him.

Karen Porter said Ben feared she had done the same to him.

“I’ve told police of our concern that she might be going after Ben,” Karen said.

Woman’s Day featured a story about actor Keisha Castle-Hughes and how having her daughter as a teenager saved her career.

Castle-Hughes fell pregnant at the age of 16, not long after her Best Actress Academy Award nomination for her role in Whale Rider, and she said most people responded negatively.

“Suddenly it was all ‘you had a real opportunity here and now you’re just another statistic’.”

Her daughter, Felicity, is now seven and she said without her she would not in the situation she is now, having landed a great role on the hit show Game of Thrones.

“I really, truly don’t believe I would be a very healthy 24-year-old if I’d not had her.

“I was very self-destructive, very insecure and had suffered depression since I was 13.

“Felicity made me get my s**t together, settle down and grow up.”